Within the defence and security establishments it is now a commonplace proposition that a new Cold War is dawning. In that context, key elements of Australian strategic culture, including support for the US alliance in distant theatres such as the South China Sea, will remain uppermost in the minds of strategic planners in Canberra. However, closer to home in Australia’s area of primary strategic concern — the South Pacific — there remains an opportunity to maintain conditions akin to the strategic status quo rather than the dramatic rebalancing that has been occurring in Northeast Asia and the South China Sea. The lesson borne from the Cold War is that superpower strategic competition needn’t play out in the South Pacific. Canberra may be able to play a two-level game whereby China’s interests in challenging US hegemony elsewhere do not result in local threats to Australia’s interests in the South Pacific. Furthermore, Pacific leaders have agency in preventing a new Cold War in the South Pacific, and Canberra should leverage its advantages built over years of engagement to ensure that the South Pacific remains pacific.

Is Canberra marching lock step with the US toward a new Cold War?

It seems the Australian Government believes that a new Cold War is brewing. In July, the Prime Minister announced a $275 billion defence strategy to respond to a ‘more dangerous’ and ‘disorderly’ world, lifting defence spending to per capita levels not seen since the height of the Cold War when Australia was fighting alongside the US in Vietnam. The PM has also become more vocal about China’s militarisation of the South China Sea and, despite COVID, the Foreign and Defence Ministers travelled to Washington to signal unwavering support for the US alliance and to reinforce Australia’s interests in the Indo-Pacific ‘Rules Based Order’. Government statements deny preparations for a new Cold War, but operational policy belies a more circumspect approach.

Canberra may be marching lock step with the US into this new Cold War with China, but we should be mindful of history before transposing this thinking onto the South Pacific. The Pacific ‘Step Up’ is interpreted as a response to perceptions that China’s influence is growing in Australia’s ‘backyard’. However, during the last Cold War, military conflict occurred elsewhere. This was the essence of Canberra’s ‘forward defence’ doctrine in Asia — Australia deployed forces to Malaya and to Vietnam to meet the Communist challenge before it reached the proximate region. With a few notable exceptions, such as the nascent Soviet attempts at negotiating fishing agreements in the 1980s, very little strategic competition occurred in the South Pacific. This suited Australia’s ‘strategy of denial’ whereby Canberra prevented potentially hostile powers from gaining influence in the South Pacific.

Debates about the new Cold War necessarily focus on military threats, as strategic competition is generally played out through military forces. How military competition occurred during the last Cold War is important for today. Much of the analysis of the looming struggle has two elements that may be ahistorical, especially in relation to the South Pacific being a potential battleground between China and Australia (and the US).

Are we drawing valid comparisons with the Cold War?

The first assumption that needs to be questioned is that the looming Cold War would in fact be hot. Much of the commentary has shifted from the historical inevitability of US economic decline relative to China, to the prospect of open military conflict between the two. The South China Sea is currently identified as a likely flashpoint, along with the Korean Peninsula and Taiwan Strait.

The present focus on worst-case scenarios obscures the Cold War tendency for geostrategic competition to be played out through proxies, whether in Vietnam or Afghanistan, Turkey or Cuba. The lesson to be drawn from this is that there is the potential for proxy conflicts to develop, especially if the habit of supporting US global military interventions continues. However, it is less self-evident that this trend is relevant to Australia’s core strategic interests in the South Pacific.

The conditions that led to US-Soviet proxy wars did not exist in the South Pacific, and the question is whether they will exist in a future US-China military conflict. The implication of most new Cold War narratives is that Australia’s strategic interests in the South Pacific can be reduced to being a subset of US-China strategic rivalry. Yet this may not be the ideal way of framing Australian foreign policy in the South Pacific, because it downplays Australia’s interests independent of the US alliance. Australia has long treated the South Pacific as a sphere of influence where maintaining stability is a key aim and leading, and being seen to lead, is an essential part of this identity. Australia is keen to maintain its preeminent position and deny strategic competitors a foothold, but also has longstanding interests in encouraging local adaptability, resilience and sustainable development. These interests focus on longstanding relationships and development assistance, with military diplomacy being only one part of the policy mix. These are enduring interests shaped by history and geography and while they currently interact with US China strategic rivalry they also exist independently of it.

Canberra’s area of primary strategic concern is the proximate region, and most Australian commentary in that regard concentrates on Australia’s competition with China in the South Pacific. The Australian media and some analysts are rushing to portray Chinese actions in the Pacific as militarily significant, borrowing examples from the South China Sea, the Indian Ocean littoral and Africa to catastrophise Chinese activities in the South Pacific. As such, seemingly innocuous Chinese development or infrastructure projects could lead to the perception of an existential threat. The latest is a proposed Chinese infrastructure project in Kiribati, last month it was a Chinese school project in PNG and prior to that rumours of a base in Vanuatu.

Many media outlets portray Chinese intentions as nefarious and threatening to Australia’s interests. From this perspective, aid and infrastructure projects are equated with influence and, through insidious ‘debt traps’ that are claimed to ensue, China would gain a stranglehold over the South Pacific that could be used to militarily threaten Australia (and the US). China’s actions may very well reflect diplomatic and economic competition, but they do not necessarily equate to military threats, and countering them as such might be counterproductive.

The South Pacific is not the South China Sea

A militarised approach transposes Cold War style geostrategic thinking onto the South Pacific while also assuming the worst of China’s intentions. While recent Government statements reinforce that fact that China’s actions in militarising the South China Sea are viewed as provocative in Canberra, China’s intentions in the South Pacific remain unclear. Evidence is mounting that the fears of ‘debt trap diplomacy’ are overstated, which should lead to greater caution. Furthermore, Pacific leaders have agency and Australia has distinct diplomatic advantages based on history and geography and longstanding warm relations.

China may very well become a strategic competitor in the South Pacific, but this is not inevitable. Australia is undoubtedly the security ‘Partner of Choice’ in the South Pacific and China’s aid and investment has not (yet?) translated into strategic influence. Therefore, Canberra’s current approach to development assistance and military diplomacy may actually be working. The longstanding focus on health, education, sustainable development, humanitarian assistance and disaster relief and peacekeeping might be enough to ensure that strategic conflict of the sort that developed during the last Cold War does not occur in the South Pacific 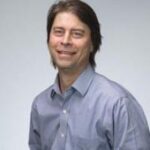 Dr Michael O’Keefe is Director of the Master of International Relations at La Trobe University.