On Tuesday, the controversial new National Security law came into effect in Hong Kong. It criminalises secession, subversion, terrorism and collusion with foreign or external forces with a maximum sentence of life in prison.

Beijing’s narrative has been that the new law will safeguard the city from unrest and ensure its prosperity. From Beijing’s perspective, the new law is essential in punishing and deterring the protest movement that has shaken the city to its core since last summer.

However, critics have maintained that the new law jeopardies Hong Kong’s autonomy under the ‘one country, two systems’ framework that supposedly underpin the relationship between Beijing and Hong Kong.

There are three core problems with the new law. First, the way that this law came about. It was conceived in secret in Beijing without the input of Hong Kongers, which goes against the rule of law concept as understood under Hong Kong’s judicial system. Having failed to have the city’s legislature pass a national security law in the past, Beijing put the new law into force in Hong Kong via a backdoor (Annex III of Hong Kong’s Basic Law). If Beijing on this occasion can impose a law upon Hong Kong, what stops it in the future? Is there still a firewall between the two judicial systems?

Second, the scopes of the four listed national security crimes are ambiguous and extremely wide. This means it covers just about any activity that is seen by Beijing as contrary to its interests. For example, speaking to foreign press or meeting with foreign organisations can be construed as collusion with foreign or external forces.

Third, the new law will have a chilling effect on freedom of speech and political activism. Already, we have seen numerous arrests under the law for dissent in addition to the disbandment of pro-democracy political organisations. Books have been pulled off library shelves. Some dissents have already fled or are considering fleeing from Hong Kong. In addition to the punitive effects of the new law, the deterrent effects on political speech and dissent is likely to be huge as no one is quite sure where the red lines are at.

All in all, the national security law is a further step in Beijing’s tightening grip over the city. The sad thing is that the cycle of oppression and resistance is mutually reinforcing each other. The more Beijing encroaches on the lives of Hong Kongers, they are more likely to grow resentful and resist, which is taken by Beijing to justify further tightening of control.

The Associated Press has reported that the Chinese Government is forcing birth control and sterilisation on Uyghurs and other ethnic minorities.

The tactics the Chinese Government is using is eerily similar to what it used on the majority Han population in the 80s — forced IUD insertion, forced sterilisation, and even forced abortion. It was a common practice to insert IUD or perform sterilisation after childbirth on a woman without consent. At the time, ethnic minorities were exempt from the “one child policy” and were allowed more children.

However, more recently, the Government has begun to encourage birth among its population as the birth rate plummets, changing its “One Child Policy” to “Two Child Policy” in 2016.

In 2017, the “uniform ethnic family planning policy” was implemented in Xinjiang, meaning all families were from then on allowed the same number of children, regardless of ethnicity. Previously, Uyghur families were allowed one more child.

The Chinese Government does not consider an individual’s fertility as a personal choice, but attempts to control it. The targets of control are overwhelmingly women rather than men — forced IUD and sterilisation rather than forced vasectomy.  When the local enforcement is more lenient, fines are issued. When the enforcement is more strict, forced late-term abortions can be the result.

Reportedly, family planning policies are more strictly enforced for Uyghurs than for Han Chinese in Xinjiang, even though on paper, the two ethnic groups are supposed to be treated equally. Uyghurs and Kazakhs were sent to jails for having too many children and unable to pay the fine, while Han Chinese were spared the jail.

This is another example of how, despite being equal on paper, the ethnic groups are treated differently when policies are implemented. This “flexible” approach to implementation allows the government to claim that it is merely enforcing existing rules for everyone.

3. Universities in China and history

Professors in China are under increasing pressure (even by Chinese standards) to teach materials that conform to what the CCP officially dictates. They face consequences for deviating from such teachings, from being forbidden to teach to being threatened online.

The case of Fudan University professor Sun Peidong illustrates this. Professor Sun taught the Cultural Revolution, one of the most sensitive topics in China. Despite her precautions, she was reported to the university’s party secretary by her students, and her family was threatened. The university also threatened to block her from travelling abroad. In the end, she resigned and left China.

Researchers and scholars in China, like those elsewhere, want to speak the truth and share these truths with the students they teach. But their efforts are increasingly seen by the CCP as problematic. Instead, the CCP wants the next generation of students to see the CCP rule as overwhelmingly positive. This necessitates the downplaying of the negative and dirty past of the Party, from Yan’an Rectification to Anti-Rightist Campaign, from the Great Leap Forward Famine to the Cultural Revolution.

While democracies have “history wars”, the authoritarian nature of the CCP means that only one version of history can be “correct” at any one time. All history must be subject to an official verdict, and any deviation from this verdict is seen as seditious.

The Australian Government has unveiled a more aggressive defence strategy aimed at a post-COVID world that is “poorer, more dangerous and more disorderly”. This is a major shift in Australia defence strategy, one that aims to counter a rising China.

In the new announcement, $270 billion in defence spending has been committed over the next 10 years, amounting to around 2 per cent GDP. The Australian Defence Force (ADF) will obtain long-range anti-ship missiles that are clearly targeted at China. And Australia’s military will refocus to the Indo-Pacific as the “epicentre” of rising strategic rivalry. The Australian Prime Minister warns that Australia has not faced such regional challenges since World War II.

There are three problems with this approach. First, opportunity cost. A dollar spent on the military is a dollar not spent on something else. The threat of military conflict between Australia and China is exceedingly low, and would only be possible in a few extraordinary scenarios. Could the money not have been better spent, say, on education, health and climate change mitigation? We don’t know the answer, but as formal Treasury officials, we certainly think the question deserves robust public debate.

Second, the new defence strategy focuses on “deterring” China as if the ADF could meaningfully do that. If Beijing is not deterred by the US, what makes the Australian Government think that its small military could do so, or at least tip the deterrence calculus in a material way? One of us has spent the last few years looking at China’s approach to strategic deterrence, and can confidently say that what Canberra sees as “deterrence” will not be seen as benign by policymakers and defence planners in Beijing.

We don’t think more military spending is necessarily the answer to the challenging strategic circumstance in which Australia finds itself. If anything, it may be counterproductive in adding to the atmosphere of regional insecurity. But rather, a combination of national investment in science and education, building economic resilience, effective diplomacy, and stronger democratic institutions is the way to go.

India has blocked 59 Chinese apps, including most notably TikTok. The Indian Government said the ban was a result of the apps “stealing and surreptitiously transmitting users’ data in an unauthorised manner”, which could affect “sovereignty and integrity of India”. As a result of this ban, Google and Apple have taken those apps down from their app stores in India. The block will also be operationalised through the ISPs in India.

China has blocked many foreign apps, so it appears quite hypocritical for the Chinese Government to criticise India for banning Chinese apps.

Although this is terrible news for Chinese technology companies, such as ByteDance, which owns TikTok, the bigger worry is that if other countries follow suit. For example, concerns are already rising about censorship and propaganda on TikTok.

This episode is not only about the increasing nexus between technology and national security, however, it is also about regional geopolitics. India’s announcement came days after the most serious China-India border clash in decades, which left dozens dead on both sides. The latest announcement is part of New Delhi’s response to China’s aggressiveness on their border, a clear signal that Beijing’s actions are not without costs. 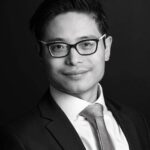