Classical Chinese quotes are frequently used in speeches by China’s political leaders to give greater depth to the content of their talk as well as to concisely sum up the speaker’s intentions. But the insights they offer rarely see the light of day in international media. In fact, their mistranslation and omission is the norm. The use of a Daoist quote by Xi Jinping in his speech delivered at the Climate Ambition Summit in December 2020 provides us with a vivid illustration.

“Without a word from the Sky, the four seasons rotate (and thus all things continue to change), and without utterance from the Earth, all life continues to be born, grow and flourish.”

This ancient Chinese quote appeared in the concluding paragraph of Xi Jinping’s speech at the December 2020 Climate Ambition Summit.

While it is common for leaders of Chinese speaking countries to use traditional idioms, non-Chinese news outlets tend to avoid reporting these idioms due to the high Chinese cultural literacy required for their interpretation.

Often when the media does attempt to interpret these traditional idioms, terrible mistakes ensue. Examples include media construing Huawei CEO’s motivational speech as encouraging killing; a Chinese Olympic swimmer using ‘prehistoric/primordial powers’ to win a bronze medal, and a German news outlet miswriting the Chinese character for ‘power’ on their front cover.

The statement that was used on this occasion comes from a poem written by famous Tang Dynasty poet Li Bai in 734CE. But the direct translation of the quote is insufficient to fully explore its meaning. The quote has a Daoist origin, an aspect missed by the many analysts and reporters who do not have a tangible understanding of Chinese history and philosophy.

The use of the quote on the occasion of the Summit and in the context of the speech can be broken down into its surface meaning and its underlying meaning.

“Without a word from the Sky, the four seasons rotate (and thus all things continue to change), and without utterance from the Earth, all life continues to be born, grow and flourish.”

This philosophical description of nature’s ceaseless and wordless function — unlike humans who tend to utter complaints and seek reward — can be better understood by looking at a well-known Dao philosophical saying, located in the second chapter of classic Daoist text Dao De Jing (道德經):

“Thus the actions of enlightened people (who are fully in alignment with nature) are done with no trace of ego, and the teaching they perform cannot be put into words.

All (living and non-living) things (in the universe) function ceaselessly, creating (life etc) without exerting ownership, acting (for things) without attachment, achieving things without claiming (for reputational gain).”

(Because) only by not claiming (an achievement), (can something) thus not disappear (as its function will always be needed).”

Both quotes describe the ceaseless and selfless function of nature in a way characteristic of Daoism. The Dao De Jing saying suggests that learning from nature’s selfless way of functioning and not pushing one’s own sense of self can allow one to align their actions as closely as possible to the forces of nature — thus achieving the Daoist ideal.

Li Bai, while influenced by Daoist philosophy, never explicitly stated that his poem was based on Dao De Jing. However, the shared underlying meaning is apparent for those who have studied both texts.

In the context of the Summit, the quote is used to promote appreciation of the greatness of nature, merely giving without claiming reward or ownership. It could be said that Xi’s use of this quote is to encourage people to consider the big picture in terms of climate change — and reflect on human’s fundamental relationship with nature.

How about the underlying meaning?

The clue to this lies also in the quote from Dao De Jing above. Just as an enlightened Daoist should align their actions as closely as possible to nature, an enlightened leadership too should model from the way nature works as the ideal form of governance. Like nature, a good government should achieve and provide for its people without disturbance, ideally without even being noticed.

Implicit in that meaning is that climate actions should also bear the same approach, and should seek to avoid disturbance to peoples’ livelihood and routines, and to the economy. In Daoist philosophy, modelling one’s ways of doing things off nature is considered the very way to preserve it. While conversely, too much reward-hungry or ego-driven behaviour will inevitably cause harm to the natural environment.

Ancient Chinese in such speeches is often used in critical parts as it communicates with the Chinese audience more effectively, connecting to them via the cultural dimension. Yet Western news outlets that fail to explain these miss valuable insights.

In order to understand the underlying forces driving China’s strategic behaviour, we should not depend on the Chinese government’s official English translations. Instead, we should ensure our own analysts have sufficient understanding of Chinese language and culture, so that they can produce comprehensive analysis that fulfils Australia’s strategic demands.

A simple one-line quote buried in a long speech may seem acceptable to skim over, but in this case, the positioning of the quote as the topic sentence of the final paragraph indicates it plays a vital role. It is like the final, potent drop added to a chemical solution that gives it its colour. In Chinese, it is known as “畫龍點睛” – ‘adding the eye to the dragon’ — by a single dot, giving what was previously a mere drawing a powerful soul, dancing with life. The deep meaning it possesses provides great benefit to understanding Chinese leadership’s view, both on climate change and on human’s relationship with nature.

In this sense, the Classical Chinese idiom consolidates the whole speech and redefines the meaning. The dragon can be broken down and thoroughly analysed limb by limb, but we must always take into account the soul that brings the dragon’s body together. 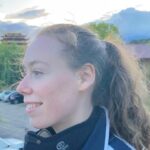 Jasmine Hayter holds a Bachelor of Languages (specialising in Chinese and Japanese) from the Australian National University. She is currently collaborating to produce a new translation of the Art of War.