The automation and digitisation of justice (司法信息化 ‘judicial informatisation’) in China has been ongoing for two decades. The latest development is the emergence of “smart courts” (智慧法院), which are part of the Chinese party-state’s efforts to reform and modernise its administration of justice and governance capacity. The advent of Smart Courts is an example of the willingness of the party-state to harness new technologies for its governance reform goals. Technology is seen almost like a ‘cheat code’ that can bypass the long and painstaking process of genuine structural reform in the judicial system.

What are smart courts?

The definition of a “smart court” is difficult to capture, partly because different courts use different technologies. Among the different official definitions, the clearest one, from the 2017 New Generation AI Development Plan (2017 AI Plan), states that a court can be considered ‘smart’ if it has a:

A smart court is not necessarily a court where everything is completely automated, with a self-learning ‘robot judge’ adjudicating over cases independently from any human interference. It is a court where judges use software applications to conduct the judicial process in a digital environment. ‘Intelligent legal applications,’ that is, applications that can render expert legal advice or decision making based on big-data analytics and without human interference, are still limited.

Central to the smart court is the human-computer interaction that results from integrating different technological applications supported by algorithms and big-data analytics into the judicial process. These applications range from systems that can automatically prompt similar cases as a reference for judges, to systems that can process and cross-examine all collected evidence, to ones that can automatically detect contradictions or relevant information for the judge to review. Ultimately, it is still the judge that adjudicates, albeit with the aid of technology.

Some courts are more ‘intelligent’ than other courts. For example, there are three types of Internet Court, in Beijing, Guangzhou, and Hangzhou. These courts provide full online dispute resolution for limited types of e-commerce disputes. All activities, from the filing of a case through to the enforcement of a judgment, can be conducted online, with litigating parties and the judge all connecting remotely. Recently, the Hangzhou Internet Court has also introduced an AI judge that can take over simple functions during online court trial hearings, thereby assisting human judges, who still monitor the proceedings and make the final decision. The Beijing Internet Court has developed an intelligent judgment generation system that is able to automatically generate standard instruments, as well as judgments, rulings, and settlements.

The question remains, what is the point of all this? Aside from the likely gains for efficiency and expediency, these smart courts are meant to help achieve the judicial reform goals of improving credibility, transparency, consistency, and even autonomy from unwanted internal and external interference. However, technology alone is not going to achieve these goals.

Instead, this digitisation and automation need to be accompanied with genuine reforms. For example, the Chinese criminal justice system has a poor track record when it comes to handling evidence. Better technology will not be a ‘magic weapon’ that miraculously solves all problems associated with evidence handling.

Nonetheless, judging from judicial documents, confidence is high that advanced technologies will do exactly that (SPC 5 Year Informatization Plan 2019). Technologies are treated almost like a ‘cheat code’ to bypass genuine, structural reforms, which requires an internalisation of norms and changes in behaviour that take a lot more time and effort. In comparison, introducing applications that force behavioural change is easier.

Smart courts and the primacy of technology in judicial reform can be viewed in the same way as the social credit systems. Both are different manifestations of the same phenomenon: the Chinese party-state wants to solve its governance and administration issues by minimising the human element in the governance process.

The vision is a fully integrated network between these different systems. The end goal is to create an administration that is fully conducted in an online ecosystem, where the majority of the process is automated and opportunities for human discretion are minimal.

The phenomenon of smart courts shows the vast range of possibilities that new technologies bring for the Chinese party-state. Already these new technological applications are making the judicial process more efficient and consistent.

An important implication is that this technology enables more and better political control over the judicial process by the Chinese party-state. Many of the applications present in a smart court allow for external supervision and traceability to hold judicial officers accountable.

It is unlikely that smart applications would completely take over the administration of justice. Rather, human-computer interaction will stay at the centre of the judicial process for a long time, with the computer doing an increasing amount of work and humans increasingly acting as reviewer and supervisor. 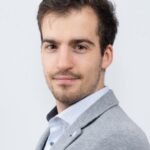 Straton Papagianneas is a PhD Candidate with the Leiden Institute for Asian Studies at the University of Leiden.