As China inches towards techno-authoritarianism, Xi Jinping is drawing upon Confucious values and combining them with new apps which seek to teach Xi Jinping thought and track and rate citizens. Under Xi, Confucianism is experiencing a revitalisation as he attempts to re-introduce the classic Chinese philosopher in attempts to consolidate and legitimise his power and leadership in China.

From the end of December 2019 until March 2020, the National Museum in Beijing held an exhibition on Confucius. The exhibition was a curation of Confucian artworks and texts, aiming to demonstrate his global impact. This is the first time such an exhibition has taken place in the national museum. Under Mao Zedong, Confucius was one of the “Four Olds” denigrated during the Cultural Revolution. Under the leadership of Xi Jinping, Confucian thoughts are undergoing a revitalisation as Xi attempts to consolidate his power amongst Chinese citizens and within the Chinese Communist Party (CCP).

In China, Confucius is referred to as ‘Kongzi’, with his family name Kong and the honorific ‘zi’ translating to ‘Master’ or Teacher’. Importantly, this means that Confucius is seen as a teacher, not a leader. Today, Xi sees himself not only as the leader of China but also the Father of the nation. Xi’s version of Confucianism emphasises hierarchy, obeying authority and the maintenance of stability. Xi’s emphasis on Confucius’ teachings is part of his project to consolidate his leadership and engineer a population that sees him as their teacher and leader.

Mandatory lectures on Confucius for CCP members and school children are a part of Xi’s Confucious revitalisation. Xi has stated that the Chinese “classics should be embedded into students’ minds, and become the ‘genes’ of Chinese culture,”. Dr Delia Lin, in her chapter ‘The CCP’s Exploitation of Confucius and Legalism’ argues that Confucianism can be used in a way that justifies not only a centralised government, but authoritarian rule. This is done so with Confucian constructions of leaders as saints who are “the nation’s moral teacher”.

It is important to note here that Xi’s understanding of Confucius’ writings is one of many. Whilst Xi is using it to entrench hierarchy and obedience, it has also been used to promote human rights and justify conflict.

The most obvious example of Xi as a moral leader is the mobile app Xuexi Qiangguo. With over 100 million users, Xuexi Qiangguo was the most downloaded app on China’s Apple App Store in February 2019, surpassing WeChat and Douyin (Chinese version of TikTok). The app aims to educate users on Xi Jinping thought, along with his personal history and the currently approved versions of CCP and Chinese histories. The app attempts to, effectively, make Xi the ultimate ‘zi’ of China.

Xuexi Qiangguo translates to “study power country” or “study to make China strong”. Party cadre’s activity on the app is monitored; they are required to log onto the app, complete quizzes that test their knowledge, and engage with content daily. Users can read and comment on articles, send each other messages and video call one another. The app also collects the phone data of those who download it.

The intersection of Confucius thought and technology is further evident in China’s Social Credit System. The Social Credit System “combines big-data analytic techniques with pervasive data collection” to rank the behaviour of individuals and companies. Individuals who do not follow the CCP’s direction can be penalised with limited access to education, public transport, bank loans and more.

The Social Credit System uses Confucian values and Xi Jinping thought in order to trace and score Chinese citizens. Firstly, the social credit system draws on the Confucian core moral concept of ‘credit’, which indicates one’s honesty and trustworthiness. “Credit is a core tenant of traditional Confucian ethics” which has in recent decades also been used to describe financial trustworthiness. Secondly, the Social Credit System uses Confucian values such as shame to pressure citizens into adhering to CCP policy and Xi Jinping thought. The use of shame has been seen with large screens blasting the faces of pedestrians who have crossed roads with red lights, followed by texts informing the citizen of a fine.

In an attempt to stop the spread of COVID-19, travellers to Beijing and Shanghai who are concealing coronavirus symptoms or their medical history will be penalised on the Social Credit System. The Social Credit System is the latest example of the Orwellian techniques being used in an increasingly techno-authoritarian China.

Xi Jinping has introduced his own version of Confucian thought into the twenty-first century as he attempts to strengthen his leadership. By situating himself as the moral teacher of China, Xi is attempting to consolidate his power. Through the Social Credit System the CCP is utilising Confucius ideas of credit and shame to ensure that people and companies fall in line with the CCP. Xi’s Confucius revitalisation sees him exploit Confucius values and combine them with modern-day technology in order to consolidate his power within the CCP and the Chinese population. 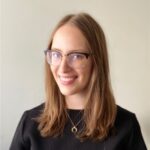 Kate Clayton is an academic in international relations at La Trobe University and the University of Melbourne.