As China’s influence in the Middle East rises, few countries in the region, including majority Muslim ones, have spoken out against Beijing’s repressive policies against Uyghur Muslims in Xinjiang. China’s ambitious Belt and Road Initiative (BRI) projects in the region may be an important part of the reason.

China’s BRI involves 138-countries with an upward cost estimate of one trillion dollars. But China’s ambitions with the BRI has particular significance for the Middle East, as the region lies at the heart of the European, Asian and African continents, and is a crucial link for China’s overland Silk Road Economic Belt.

This has translated into significant investment by China in Middle Eastern countries. Most countries, with the exception of Syria, Jordan, Israel and Palestine, have signed documents relating to the BRI, and there has been a notable uptick in trade between Middle East and North Africa (MENA) countries and China since the early 2010s.

During the 2010s, the decade that China shifted its MENA policy to engage key countries to support the BRI, it also became clear that China has launched a campaign of oppression against Uyghur Muslims in Xinjiang. Citing national security, China began a fierce crackdown on Uyghur communities — a campaign that is still ongoing today.

In recent years, the measures have become increasingly oppressive and arbitrary. In 2018, it became clear to the international community that China was holding as many as one million Uyghurs in ‘re-education’ camps. More than 30 countries, including the United States, Germany, Canada, and Australia, have condemned the imprisonment of Uyghurs. Many of the Uyghurs in the camps are kept there extrajudicially, with some being used as forced labour for major international fashion labels.

MENA countries have largely been silent.

One explanation for the uncomfortable silence from MENA countries is their desire to avoid shining a light on their own human rights violations. In its annual report, Human Rights Watch outlined a host of human rights infringements by MENA countries, most notably the continued restrictions of freedom for Palestinians in the Gaza Strip and West Bank.

While this may certainly be a contributing factor, MENA countries are not afraid to criticise human rights abuses in countries like the United States and Israel when it suits their political agenda. Similarly, the argument that Muslims in Xinjiang are too culturally and ethnically different to Muslims in MENA for these countries to care about does not hold much water. For example, the Organisation of Islamic Cooperation called for United Nations intervention in the genocide against Muslims in Myanmar in 2017. In contrast, its member states have ‘spoken positively’ about China’s treatment of Uyghur Muslims.

The responses of Egypt and Turkey serves to illustrate the dynamics at play.

Egypt is one of the key countries for the BRI. Not only does the country possess key locations on international trade routes, such as Port Said and the Suez Canal, it also holds historical significance as one of the countries along the old ‘Silk Road’, signifying the two countries’ long history of trade and commerce.

In early 2017, Egyptian Interior Minister Magdy Abd al-Ghaffar and Chinese Deputy Public Security Minister Chen Zhimin met to discuss ‘extremist organisations’. A month later, dozens of Uyghur students were arrested in Cairo with some of them eventually deported to China. That same year, Egypt signed a US$1.2 billion deal with two Chinese state-owned companies to build a light rail around Cairo.

The two countries signed a ‘comprehensive strategic partnership’ in 2014, one of only five MENA countries to have such a high-level agreement with China.

Perhaps the best country to exemplify the complacency, or complicity, with Beijing’s oppression of Uyghur Muslims, is Turkey. Under pressure from Turkey’s large Uyghur community, president Recep Tayyip Erdogan has been very vocal about China’s treatment of its Uyghur population. In early 2019, Turkey’s foreign ministry even went as far to call China’s policy “a great cause of shame for humanity”.

However, in 2019, under diplomatic pressure from China on one side, and fiscal pressure from a crumbling domestic economy on the other, Erdogan went back on his previous statements. He provided tacit support for China’s policy by taking a notably softer tone, and claimed that it was possible to find a solution by ‘taking into account the sensitivities on both sides’. It was also around this time that Turkey began to push for a ‘Middle Corridor’ on the Belt and Road that would connect Asia and Europe. Beijing would pump millions of dollars into the Turkish economy through infrastructure projects and trade routes.

An important distinction should be made in this context — that silence, or even implicit support, from the top levels of government in MENA countries does not mean the citizens in these countries are unconcerned about what has been happening in Xinjiang. In December 2019, thousands marched through Ankara in support of the plight of Uyghur communities in China. But these protests are becoming increasingly rare. China’s soft power, wielded through Arabic Chinese-state media, are having an impact on public opinion and narratives. As many Western countries are reconsidering their relationships with China, pressure will build on the governments of MENA countries on their silence over China’s human rights abuses against Muslims in return for economic benefits. On multiple occasions, MENA countries have been willing to call out abuses being committed against Muslims. On Beijing’s oppression of Uyghur Muslims in Xinjiang, silence from MENA countries speaks volumes. 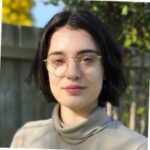 Anet McClintock is the Middle East Fellow at Young Australians in International Affairs.