The recent official visit of the Czech Senate President Miloš Vystrčil to Taiwan sparked a diplomatic row between the Czechia and the People’s Republic of China. Beijing has long considered any official visit to Taiwan by foreign politicians as tantamount to challenging its core interest. The war of words has extended beyond Chinese and Czech diplomats, with other European officials weighing in. This saga may have far-reaching consequences, including by creating a new norm for politicians regarding their official visits to Taiwan.

A threat that backfired

China has long assumed that under its One China Principle, foreign dignitaries will avoid visiting Taiwan in their official capacity unless they want to “suffer consequences”.

Thus, when Czech Senate President Vystrčil led a delegation of Senators and business leaders to Taiwan, Chinese Minister of Foreign Affairs Wang Yi, declared that Vystrčil will pay a “heavy price” for the visit. Chinese state media, such as the Global Times, referred to Vystrčil as a “political hooligan.” Upon his return from Taiwan, Vystrčil was met with more criticism, this time from Czech President Miloš Zeman, who called the visit “a boyish provocation”. Prime Minister Andrej Babiš labelled Vystrčil a “political amateur”.

While this episode attracted significant attention in the Czech and international media, the broader issue began many months ago and will likely drag on for some time to come.

In late 2019, Czech Senate President Jaroslav Kubera was planning a visit to Taiwan as the head of a delegation. The delegation would have represented the highest-profile visit of a Czech politician to the island in decades. In January 2020, Kubera suddenly passed away due to a heart attack. The Czech media revealed that shortly before his death, Kubera received a letter from the PRC Embassy. The letter threatened repercussions for Czech companies if Kubera proceeded with his plans to visit Taiwan, explicitly listing carmaker Škoda Auto, retail-banking provider Home Credit Group and piano manufacturer Klavíry Petrof. It was later discovered by journalists that the Office of the Czech President Miloš Zeman had requested a letter to be prepared by the Chinese Embassy. President Zeman is a supporter of closer economic ties with China, and requested the letter in order to stall the visit. Upon Kubera’s death, the delegation’s visit was halted.

But China’s threatening letter backfired. The new Senate President Miloš Vystrčil expressed his intention to proceed with the visit to Taiwan, against the advice of the Czech President, Prime Minister and Minister of Foreign Affairs, as well as significant pressure from various entities, including Czech-China business associations and Czech companies.

There were, however, some that continued to support the visit. Just a few days before Vystrčil’s departure to Taiwan, an open letter backing his decision was signed by almost 70 members of European Parliament and other national parliaments, including from Australia, United States and Canada. Another letter in support was published jointly by the chair and co-chair of the European Parliament Delegation to PRC and addressed to the Chinese Ambassador in Brussels. This suggests a new tide in European approaches to dealing with China when their own foreign policy and other national interests collide with those of the rising power.

It’s the economy, stupid – or is it not?

Vystrčil claimed that his visit would have two key purposes. The first would be to stress a values-based foreign policy, which involves cooperation with democracies around the world, and therefore should include Taiwan. The other would be to explore new markets and economic opportunities for Czech companies affected by COVID-19 epidemic. This latter purpose, stressing the economic benefits of engaging with Taiwan, is very similar to the logic and wording used by Czech politicians towards mainland China in the past: for example, as a market with the potential to “start” the Czech economy and as a partner that would enhance Czechia’s position as a “gateway” to Europe.

Behind these economic and value-based considerations lie pragmatic calculations as well. China has been a mainstay in Czechia’s domestic political debates since the country’s independence. Since the so-called “restart” of Czech-China relations in  2013, all Czech political parties have expressed in one way or another their position on China. The domestic China debate will continue as Czechs head to the voting polls in Senate, municipal and regional elections in October.

The economic impacts of the visit, despite the reactions of Minister Wang and the Global Times, are unlikely to be dramatic. Though China is Czechia’s second largest trade partner in 2019, the majority of trade exchange is imports from China (Czechia exports more to Switzerland than to China), a fact that decreases China’s options for punishing Czechia by putting restrictions on imports. Also Chinese Foreign Direct Investment (FDI) in Czechia is relatively small, accounting for only 0.4 per cent of overall FDI received according to the the last available data from 2017. This means that Chinese FDI provides limited leverage for economic coercion. In any case, Vystrčil’s visit — alongside the widespread support from western nations small and large — may challenge the long-held assumption that official visits to Taiwan would equate to political and economic suicide.

Photo credit: Office of the President, Republic of China (Taiwan) 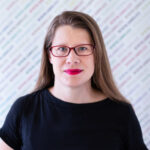 Ivana Karásková is a China Research Fellow at Association for International Affairs (AMO) in Prague.