The competition to implement a sovereign digital currency is in full swing with central banks around the world investigating its feasibility. A digital currency may solve some challenges relating to economic and financial inclusion, but it also has the potential to change the shape of global financial markets. China is well ahead of the pack in developing a digital currency and a sharp uptake could see an acceleration of the timeline to internationalise the Renminbi (RMB). While some observers celebrate this innovation, others are concerned about the implications of China taking a greater stake in international financial flows.

A Central Bank Digital Currency (CBDC) is simply a digital form of a traditional currency. It is issued by the country’s central bank and is directly exchangeable for cash of the same value. A CBDC is validated and controlled by a central bank, distinguishing it from cryptocurrencies which are validated by a distributed ledger. A recent report by the Bank of International Settlements indicates that 80 per cent of the world’s central banks are investigating the potential for a CBDC to address the economic challenges of financial market inclusion, efficiency and integrity.

Several different CBDC forms are being investigated around the world, with a number of countries at various stages of development — and the race seems to be gaining momentum. For example, the Reserve Bank of Australia launched a CBDC project in October, only two weeks after it had stated that there was “no strong public policy case” for a CBDC in Australia. The United States is also floating the concept, with the official sector mostly quiet on the topic and the push for a CBDC coming mainly from the financial markets sector. In contrast, China is the front runner as the first major economy to conduct tests of a digital sovereign currency in a project that began in 2014 — with the government leading the way.

In China, the currency is known as the DCEP (Digital Currency Electronic Payment) and is controlled by the People’s Bank of China (PBOC). Large-scale testing of DCEP is currently underway in partnership with some of the country’s largest state-owned banks. China will implement the DCEP in a two-tier system with issuance by the central bank and distribution by the banking sector.

While there is no announcement yet on the launch of DCEP there are several indications that it could be soon. For instance, in October this year, 50,000 people received a 200 Yuan red packet DCEP gift to use for everyday transactions. By most reports, the two-million-dollar experiment was a success. A second indication is that the 2022 Olympic city locations are included in the pilot testing program pointing to a possible 2021 launch. Once launched, the domestic uptake is expected to be rapid. A report by Goldman Sachs conservatively predicts that China’s DCEP will reach one billion users by 2029, which equates to a 15 per cent substitution of physical cash or US$240 billion.

Why is China so far ahead in the development of a CBDC when other countries, like the United States, are still playing a wait-and-see game? A primary reason is that China is already a cashless society with reports that the proportion of physical cash in the economy is only 4 per cent compared to the United States with 26 per cent. Credit card penetration in China is very low and point of sales payments systems (including the use of QR codes) have seamlessly adopted digital wallets in recent years: Alipay holds 55 per cent of the market share and WeChat Pay holds 39 per cent. Payment by QR codes is so prevalent that even some beggars in the street are cashless.

In contrast, payment systems in countries like the United States and Australia are deeply embedded in the banking system. The digital wallet revolution in China, on the other hand, does not require a bank account and is able to be more financially inclusive. It is reported that 96 per cent of banking services in China are processed on digital devices.

China’s position in the race is also tied to its ambitions to internationalise the RMB. China is the world’s largest trading nation and soon-to-be largest economy, yet it is reported that the majority of transactions involving Chinese traders and investors are priced and settled in USD. If the DCEP is rolled out successfully these transactions could soon shift to RMB, especially if China pilots DCEP on Belt and Road projects. The shift to RMB away from the USD could be rapid and would require significant operational adjustments for international firms. There is a significant ground to cover. According to SWIFT, the RMB currently ranks sixth as a global payments currency, at 1.66 per cent, compared to the USD at 37.64 per cent. Yet the DCEP could well be the catalyst for change. Wider use of the currency offshore and the eventual internationalisation of the RMB will likely be a welcome (and not unexpected) side effect for China.

A significant advantage of the DCEP for the PBOC is that it will enhance the central bank’s capacity to closely monitor transactions and ensure capital controls. This also raises concerns about data privacy and surveillance. Small transactions can remain anonymous up to a capped amount, but larger transactions would be monitored. However, large transactions are already under surveillance due to anti-money laundering and counter-terrorism finance laws.

Some observers have raised more alarming concerns. For example, an ASPI report suggests that the DCEP will “create unprecedented opportunities for surveillance”. However, this level of surveillance is already in place, with more than 30 million transactions per day currently processed on the SWIFT messaging service. It is just surveillance by the United States rather than by China. The report also speculates that Beijing could mandate the use of DCEP for cross border transactions. However, it has not done so with physical RMB and there is no evidence to suggest that they intend to do so with the DCEP.

China is the front runner in the CBDC race, and this increases the chances that the RMB will become an important internationalised currency, possibly even dismantling the USD’s dominance. If the United States wants to counter this, then it needs to get in the race and develop its own CBDC. Unfortunately, the race is shaping up to be more of a sprint than a marathon, and it seems the United States has not even heard the starting gun. 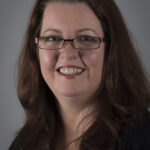 Kathy Walsh is a Professor of Finance at the University of Technology Sydney.