I was at a webinar earlier this year where we were asked to rate the current state of Australia-China relations. “Terrible”, I said, thinking of government-to-government relations. “Fantastic”, said my colleague from the arts and cultural sector.

In the midst of a downward spiral in official relations, it’s worth remembering that Australia-China relations are much more than just the relationship between Canberra and Beijing.

In recent years I’ve been researching the role of new diplomatic actors in Australia-Asia relations including local councils, state governments, educational institutions, think tanks and companies. This reveals plenty happening in the Australia-China relationship that doesn’t depend on how we feel about the government in Beijing.

Out of Australia’s 500+ sister city agreements, more than 100 are with China. Some are longstanding, with Melbourne and Tianjin celebrating 40 years, Townsville-Changsu 25 years and Canberra-Beijing 20 years.

Sister city relationships have been shown to build connections that bring cultural, educational and economic benefits. Sister Cities International has measured both the direct economic benefits and flow-on effects of these partnerships.

Looking at Australia-China relations, examples of people-to-people and cultural exchanges include the high school links between Darwin and Haikou involving an English language competition and collaborative art project, the City of Sydney’s library agreement with Guangzhou, and the program linking the Sydney Symphony Orchestra and Xinghai Conservatory of Music.

Collaborations focusing on business and trade links include the City of Warrnambool’s establishment of a local business export bureau with Changchun, and the City of Melbourne’s platform for Australian start-ups to present to investors in Nanjing.

Mostly these sister city partnerships have been uncontroversial. However, earlier this year the City of Wagga Wagga briefly terminated its 32-year sister-city relationship with Kunming. A councillor put forward a motion to raise concerns about human rights violations and COVID-19, which unexpectedly passed due to absences. Once the full council met, the relationship was reinstated.

The political furore over the Victorian government signing up to the Belt and Road Initiative might make you think this is a recent development. But state governments have always had a role in promoting trade and international links both before and after Federation. State governments even have “embassies” abroad: representative offices promoting trade, investment and tourism.

There are sister-state relationships, similar to sister cities. Tasmania and Fujian have an almost 40-year relationship, celebrated by President Xi Jinping himself; South Australia and Shandong have been linked for more than 30 years; and the Northern Territory and Anhui have partnered for 25 years, including university staff and student exchanges.

Like sister cities, these can involve a mix of trade promotion and cultural exchange. Last year, for example, Victoria and Jiangsu celebrated their 40-year relationship with an exchange of visual artists while New South Wales and Guangdong held a joint economic meeting focusing on regional development.

State and Territory governments view the economic benefits as worth pursuing, particularly as Australia looks to recover from its first recession in three decades.

Education links between Australia and China continue to be strong, both at secondary and tertiary level. This creates connections that are a massive boost for Australia’s soft power, as former students who have knowledge and hopefully some affection for Australia rise to leadership positions.

Despite the scale of the international education relationship, it’s been argued that there are opportunities to elevate, broaden and deepen engagement with China even further.

At the university level, there are thousands of arrangements for student exchange, joint research and even joint degrees. I attended a University of Melbourne-Tsinghua anniversary celebration recently and was impressed by the number of initiatives responding to joint challenges from public health to positive psychology.

Think tanks are significant actors in diplomacy. Particularly during the period of diplomatic freeze between Australia and China, think tanks have been able to keep communication channels open. Think tank dialogues, often also including officials, provide an invaluable way to send messages and understand what issues are most important to the other side.

Similarly, there is a role for corporate diplomacy that should not be discounted. I’ve been interviewing people who have worked both as official diplomats and then as corporate representatives, and have found that corporate “diplomats” currently have better access than officials in China and can be a conduit for communication.

Speaking with many voices

There are many other areas where non-state actors have a role in promoting friendly relations. For the inspiring – and somewhat unlikely – story of taking the AFL to Shanghai, there’s a book just out on how Port Adelaide developed its China connections.

This is why the Australia’s Foreign Relations (State and Territory Arrangements) Act passed this month is a mistake. The new law requires international arrangements made by local councils, state governments and universities to be notified to the Minister for Foreign Affairs who has the power to cancel arrangements.

Our aim as a country should not be to “speak with one voice”. International engagement by multiple voices gives many points of contact and provides ballast in a relationship to ride out diplomatic storms. When things are difficult at a political level is precisely when you need to maintain other connections. Australia benefits when multiple actors across society engage internationally and balance the ups and downs in official relationships. 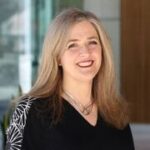 Melissa Conley Tyler is Research Fellow in the Asia Institute of The University of Melbourne.