Xi Jinping talks a lot about a possible ‘community of shared destiny’. Sounds like a good idea, but one that’s sharply at odds with much recent Chinese foreign policy. Nevertheless, it could offer a way of resetting the PRC’s international relations, especially if it is based on common environmental problems.

For someone who is not known for his spellbinding oratory, Xi Jinping’s speeches get a lot of attention. In part, it goes with the territory. Being the increasingly powerful leader of the world’s most consequential rising power means that everyone hangs on his every word, desperate to parse every nuance of his rather robotically delivered views.

To judge from their reception in China, his speeches may be more compelling domestically than to an international audience. President Xi’s recent remarks at a military base in Guangdong, where he told the assembled marines that they must be ‘ready for war’, were alarmingly well received. He clearly knows how to pick his audience — a quality he shares with his American counterpart.

While President Xi may, thankfully, lack the charismatic histrionics of earlier paramount leaders like Hitler or Mussolini, the levels of support for his policies and ambitions in the People’s Republic should not be underestimated. Making China great — and “united”  — again is an idea that seems to enjoy almost universal support among the Chinese. This is not only bad news for Hong Kong and Taiwan, but represents a fundamental challenge for the liberal democracies that have dominated international politics for more than half a century.

As many people have pointed out, coming up with a collective response to the “China challenge” would be problematic even if America’s leadership of, and commitment to, the international system was not conspicuously absent. The Trump Administration’s general disdain for international institutions and cooperation presents China with something of a diplomatic open goal. Even when the Trump Administration does act, its China policy agenda looks more like re-hashed containment policy than a sophisticated response to the reality of a genuine peer competitor.

Yet even the United States cannot easily do without the benefits that have flowed from high levels of economic interdependence with China. Trade wars are neither easy to win, nor unambiguously worth the fight. For smaller and less powerful states, such as Australia and China’s Southeast Asian neighbours, the choices and options are altogether more constrained and represent the proverbial no-win situation, especially when the US is pressuring them to take a tougher line on China. But, if we are to take President Xi at his word, help may be at hand.

Sceptics and hard-headed realists will no doubt be rolling their eyes at the very idea that anyone should take Xi’s lofty rhetoric about ‘win-win’ cooperation seriously. They’ve got a point. China’s recent ‘wolf warrior’ diplomacy is anything but reassuring, especially at a time when it is flouting international law and using its geoeconomic leverage and growing military might to intimidate its neighbours and strengthen its influence in the region.

To be fair, the United States’ Monroe Doctrine provided a masterclass in regional hegemony and self-assertion, including a number of direct interventions in the domestic affairs of its southern neighbours. To judge by recent events in Venezuela, the US still regards Latin America as its own sphere of interest. Many will claim it was ever thus, but it is noteworthy that there is far greater concern about the possibility of hegemony with Chinese characteristics than there ever has been about the American variety.

China’s leaders claim this is an all too familiar and unfair expression of the West’s double standards and determination to thwart its re-emergence as a great power. They would say that, of course, but that doesn’t mean they haven’t got a point, or reasons to feel aggrieved. Public opinion surveys in China suggest that the government of Xi Jinping enjoys much greater popular support and legitimacy than most of its counterparts among the world’s liberal democracies. And this was the case even before the coronavirus shredded the reputations of many western governments.

So where does this leave us? One possibility might be to take Xi at his word. If there really is supposed to be a ‘community of common destiny’, what is it supposed to look like and what will China’s contribution be? The idea that China will ‘treat other countries as equals’ looks wildly at odds with its increasingly assertive, if not proprietorial attitude towards Southeast Asia’s geopolitical lightweights. The gloss has plainly come off China’s former charm offensive, so its leaders might actually be responsive to genuine attempts to engage rather than contain it.

It’s not as if there aren’t enough problems that are crying out for international cooperation. Avoiding a potentially catastrophic direct conflict over Taiwan and actually doing something about climate change are perhaps the two most dramatic and consequential examples. While the future status of Taiwan is possibly non-negotiable for China, it has shown real leadership on global warming, something its recent commitments to carbon neutrality highlights. As Xi suggests, ‘we should build an ecosystem that puts Mother Nature and green development first.’ Quite so.

Another source of optimism is that, if Joe Biden wins the US election next week, some sort of reset in the world’s most important bilateral relationship could be possible. We must hope Xi doesn’t risk taking advantage of America’s domestic preoccupations and possible chaos to ‘solve’ the problem of Taiwan once and for all. The fact that this is even a possibility highlights just how much both the US and China need to rethink the relationship before they collectively plunge the world into even greater economic, political and strategic chaos.

Climate change mitigation and the development of a more sustainable economic order really are issues that both China and the US would benefit from — not to mention everyone else in the world who is currently suffering from the absence of international leadership and cooperation. If Xi is really serious about win-win diplomacy and a cooperative future, he should put his money where his mouth is. 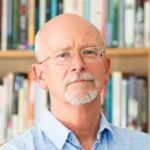 Mark Beeson is Professor of International Politics at the University of Western Australia.