TAIWAN IS ON A CRUCIAL mission to define the narrative of its traumatic modern history. At the centre of this trauma is the 228 (‘Two-Two-Eight’) Incident 二二八
事件, which began with a routine police shakedown of black-market tobacco sellers on 27 February 1947. Less than two years earlier, at the end of World War II, the governance of Taiwan had been transferred from Japan to the Republic of China under the Chinese Nationalist Party, or Kuomintang (KMT). On that February day in 1947, Taipei police, representatives of this Nanjing-based government, violently beat a woman selling tobacco on the street, confiscating her goods and her money. This incited the anger of a public frustrated with the corruption and ineptitude of the newly arrived government, whose officials could not speak Taiwanese and seemed to belong to a different culture.1 A brief and violent uprising spread across Taiwan.

In response, war-hardened KMT troops massacred thousands of people across the island. Police also arrested Taiwanese elites, accusing them of treason and collusion with the communists, and brought Taiwan under authoritarian rule and martial law. Then, in 1949, following his defeat by the communists in the civil war on the mainland, Chiang Kai-shek 蔣介石 led the KMT’s followers and army to Taiwan in a strategic ‘retreat’. For another forty years, the government maintained martial law, curtailing freedoms, and enforcing the absolute authority of the KMT. During these four decades, the government strictly forbade any discussion of these killings or the period of White Terror that followed. In 1951, the authorities constructed purpose-built facilities on remote Green Island to house thousands of political prisoners. In the 1960s, the KMT government remade the Military Justice Academy 軍法學校 in the Taipei suburb of Jingmei 景美 into military courts with additional holding areas for political prisoners. These courts tried thousands of cases, including the 1979 trials of the well-known democracy advocates arrested in what is now known as the Kaohsiung Incident — a turning point that led to widespread condemnation of the government across Taiwanese society.

After martial law ended in 1987, a flood of literature, historical writings, film, and art replaced decades of silence. A new historical memory developed alongside the post-1987 democracy movement and free elections that led to the KMT losing power for the first time in 2000 to Chen Shui-bian’s 陳水扁 Democratic Progressive Party (DPP). Stories of atrocity and suffering under the KMT were told and retold in an increasingly inclusive account of shared victimhood: a national trauma narrative. Telling this story in ways that unite Taiwan’s society and highlight ongoing injustice has been cathartic.

In 2021, Taiwan’s government funded the translation of influential stories of the political violence into English; President Tsai Ing-wen’s 蔡英文 DPP is sponsoring the internationalisation of a previously silenced narrative. But the politics of Taiwan’s historical memory remain complicated and divided.

When martial law ended, activists and artists shared two important goals. One was the destruction of all elements of the authoritarian system. The other was to reconstruct suppressed historical memory. These goals of destruction and reconstruction were intertwined with politics at the time, and remain so today.

Beginning in the 1980s, an ever-expanding body of literature now known as ‘228 literature’ 二二八文學 retold stories of atrocity from various perspectives. This obsession with a violent event is the textbook definition of cultural trauma.2 Catharsis involves identifying oppressed groups and writing them into this national trauma narrative in acts of resistance and reconciliation.

Early 228 literature posited the incident as a political or ethnic (mainland Chinese versus Taiwanese) conflict. Writers soon began using the incident, however, to highlight issues of gender and sexuality as well as the oppression of the island’s indigenous peoples.3 Representation in the national trauma narrative symbolised legitimisation as a constituent of the nation itself.

At the beginning of the twenty-first century, members of the Taiwanese diaspora began contributing to the narrative. Taiwanese Americans began writing novels in English about multigenerational trauma as experienced in diasporic communities. Many examples of 228 literature were already available in translation, with Ch’en Ying-chen’s 陳映真 seminal 1983 short story ‘Mountain Road’ translated by Rosemary Haddon as early as 1991. In May 2021, Cambria Press, the foremost publisher of Taiwan’s literature in translation, published two English-language collections of Taiwanese short stories: Transitions in Taiwan: Stories of the White Terror, edited by Ian Rowen, and A Son of Taiwan: Stories of Government Atrocity, edited by Howard Goldblatt and Sylvia Li-chun Lin 林麗君.

The government-sponsored National Human Rights Museum supported these publications.4 The museum, established in 2010, includes two White Terror memorial parks — one in Jingmei and the other on Green Island. In 2020, the museum published a four-volume Chinese-language compilation of short stories about the White Terror and 228, titled Making the Past into this Moment.5 The editors of the 2021 English-language collections mentioned above chose stories for translation from these volumes. Although Making the Past into this Moment was not the first such collection, it was the first sponsored by a government institution — an important turning point in the construction of Taiwanese historical memory, and part of larger government efforts to explore this history and pursue justice.

After years of pressure by activists to establish some form of Truth and Reconciliation Commission (as in South Africa), in 2018, Tsai Ying-wen’s administration established the Transitional Justice Commission (TJC) 促進轉型正義委員會 to investigate injustices that occurred between 1945 and 1992. The TJC has since established an impressive online database, uncovering the truth behind thousands of cases of injustice by digging through and declassifying once-secret documents. Its mandate gives it considerable power over historical memory, allowing it to deal ‘with authoritarian symbols’ and preserve ‘the sites of historical injustices’, such as in Jingmei and Green Island.6 It has ordered the removal of hundreds of statues, including of Chiang Kai-shek, and other symbols of authoritarian rule, including changing the names of parks and schools, and identified others for future action.

Many have praised the TJC’s efforts to exonerate those who were unjustly sentenced to prison or death. But some of the commission’s decisions have sparked anger and confusion — possibly none more so than its proposal, in September 2021, to remove the famous statue of Chiang Kai-shek from his Memorial Hall in the centre of Taipei.7 Guarded by a goose-stepping honour guard, the towering 6.3-metre bronze statue is Taiwan’s ultimate symbol of authoritarian rule. Yet many are uncomfortable with the idea of erasing such a significant part of Taiwan’s history. They have proposed a variety of other remedies, including contextualising the statue and memorial hall with texts and images that highlight Taiwan’s transition from authoritarianism to democracy.

For proponents of the KMT and its many associated organisations, the removal of this statue exemplifies the injustice of transitional justice. They are also alarmed by Tsai Ying-wen’s establishment in 2016 of the Ill-Gotten Party Assets Settlement Committee (CIPAS) 不當黨產處理委員會. CIPAS has ordered the transfer of billions of unethically accumulated New Taiwan dollars. These include a court order for the Central Motion Picture Company to pay NTD950 million (US$34.2 million) to the government in 2021, and the dissolution of numerous organisations such as the National Women’s League, which was established by Chiang Kai-shek’s wife, Soong Mei-ling 宋美齡, seventy years ago. KMT hardliners are more opposed to these financial and organisational changes than to the TJC’s revision of historical memory. They acknowledge the need for justice but feel the DPP is utilising these so-called independent committees to seek revenge and political gain.

Just like the academics and translators working on the Chinese and English book compilations mentioned above, those in the TJC enjoy academic freedom in their work. But efforts to present the narrative of KMT atrocities to global audiences have political ramifications for Taiwan. The DPP has long utilised the 228 Incident to political advantage domestically, but its efforts to promote this discourse globally indicate a desire to have the national trauma narrative play a role in defining Taiwan for people around the world. This will inevitably impact global perspectives of Taiwan’s autonomy and statehood. It provides a story of Taiwan’s rise as a democratic nation in contradistinction with China and justifies the quest for recognition of sovereignty or independence. Events in 2021 indicate the potential significance of such a narrative. Lithuania’s decision to allow a Taiwanese Representative Office in Vilnius (leading to Beijing recalling its ambassador and downgrading its embassy) was ostensibly based on economic realities. But such political changes are never made independent of intellectual and historical contexts. The writing of trauma narratives, the resolving of past injustices, and the returning of ill-gotten assets are constructing a historical memory that redefines Taiwan in both domestic and global imaginations.

See: Ch’en Ying-chen’s ‘Mountain Road’ for an example of the political conflict; Hou Hsiao-hsien’s City of Sadness for 228 as an ethnic conflict; many of Li Ang’s writings for examples of gender and sexuality issues; and Walis Norgan ‘“W” de chaojie daguomin’ for a literary representation of indigenous issues and 228.

See the website of the Transitional Justice Commission, online at: tjc.gov.tw; and the database, online at: https://twtjcdb.tjc.gov.tw/ 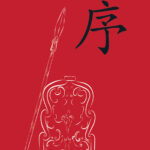 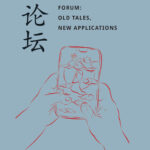 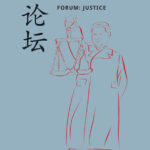 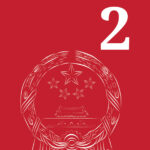 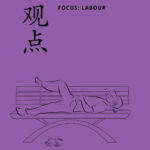 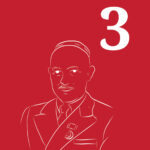 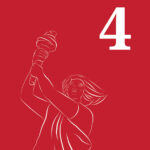 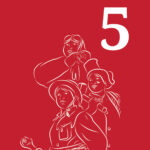 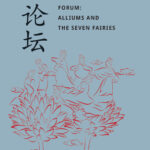 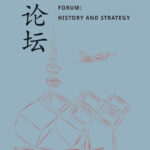 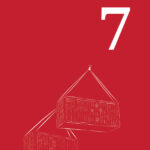 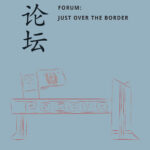