ON 3 JANUARY 2019, the People’s Republic of China (PRC) made history by becoming the first country to land a spacecraft on the far side of the Moon.1 The China National Space Administration hailed the successful landing of the Chang’e 4 probe as the opening of ‘a new chapter in humanity’s exploration of the Moon’. Indeed, beyond this momentous achievement, China’s great leap forward in space technology and activities in recent years is closing the gap between China and the established space powers.

Driven by national pride and the pursuit of international prestige, as well as technological and economic imperatives, terrestrial strategic interests, and national security considerations, China is investing billions in its space program. It spent about US$8.4 billion in 2017 alone — almost three times as much as Russia, although still less than the United States, which spent US$14 billion. According to the 2016 white paper on space activities released by the State Council Information Office, China’s space program aims ‘to provide strong support for the realisation of the Chinese Dream of the renewal of the Chinese nation’.2 In the words of President Xi Jinping, ‘the space dream is part of the dream to make China stronger’.3 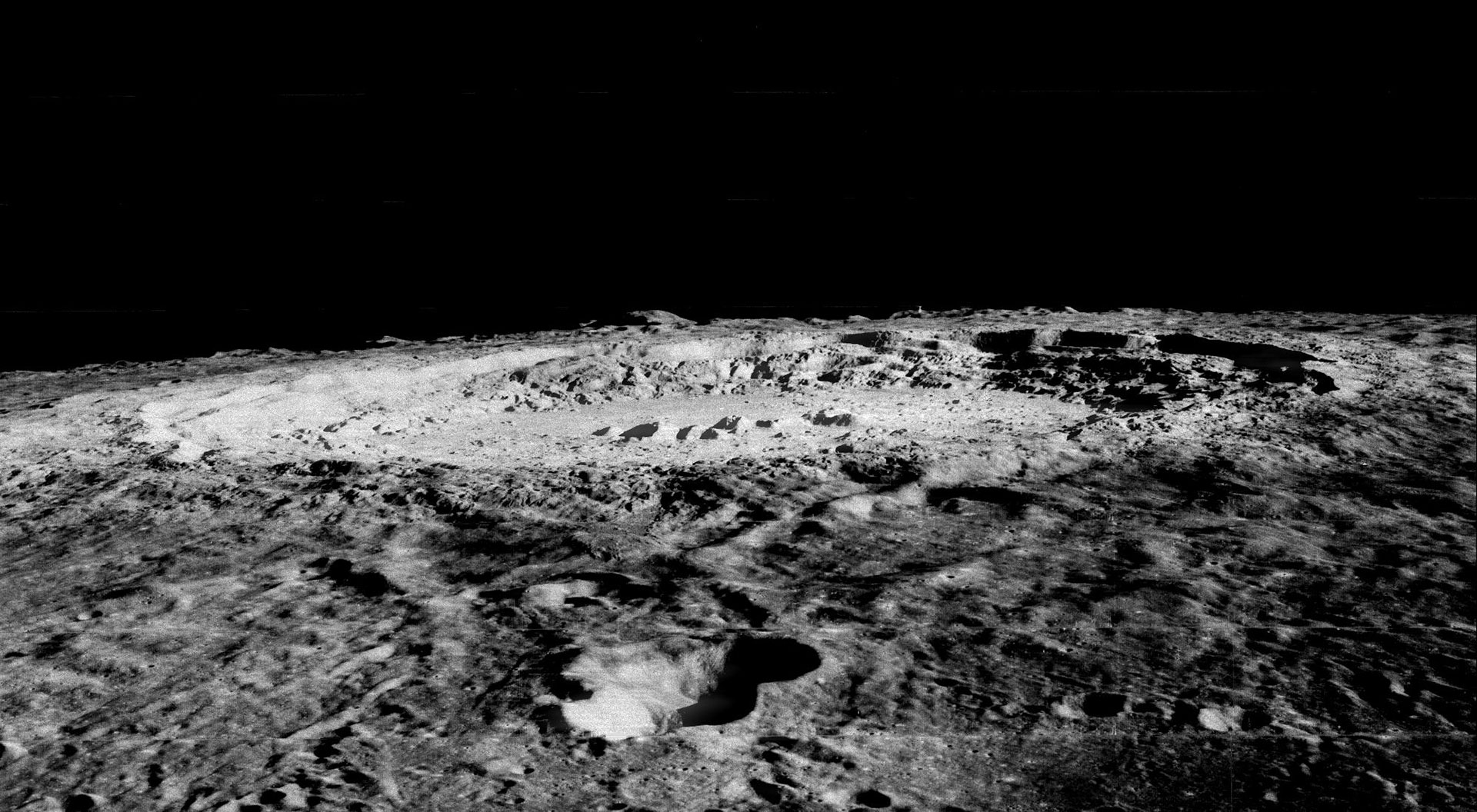 China’s space dream is highly ambitious, with orbital, lunar, and deep-space activities planned for the next two decades. Closer to Earth, China is sending up satellites at a rapid rate to build satellite constellations for navigation and global positioning, communications, observation, remote sensing, and imagery.4 In 2019, China conducted around 30 orbital launches — more than any other country.5 At the level of near-Earth orbit, just as the International Space Station — which is funded mainly by the United States, Russia, and the European Union — is facing funding uncertainties that could see it decommissioned by 2025, China is looking to launch its own space station, with construction scheduled to finish in 2022.6 It will welcome international astronauts and spacecraft, too, so long as the latter are equipped with a Chinese docking mechanism. Looking to the Moon, China plans to send four more probes to explore the lunar surface before embarking on a crewed lunar landing mission and possibly the construction of a lunar outpost in the 2030s.7 Plans are also under way for deep space exploration missions to Mars, Jupiter, and asteroids from the early 2020s.8

China’s lofty space dream is backed by political endorsement from the top, sustained and substantial financial investment by the state, and policies that aim to foster a vibrant space industry. Since China’s opening of the space sector to private companies in 2014, the number of Chinese space start-ups has ballooned to more than one hundred.9 In July 2019, a four-stage small commercial carrier rocket developed by the Beijing-based rocket developer iSpace achieved the first successful orbital launch by a private Chinese firm.10 If China is to become a top space power, private innovation will likely play an increasingly important role in complementing state-backed programs.

Until now, China’s space ambitions have been carefully couched in a narrative that centres on expressions such as the ‘exploration and utilisation of outer space for peaceful purposes’ and ‘multilateral cooperation’.11 This is not surprising. China’s rapid advances in space worry some in the international community, including the administrator of the US National Aeronautics and Space Administration (NASA), Jim Bridenstine, who in September 2019 described China’s activities in space as ‘aggressive’.12 Regardless of whether one agrees with such characterisation, what is certain is that Beijing’s pursuit of space power is intimately connected to its growing terrestrial footprint and interests — in other words, to geopolitics.

Beijing will certainly gain political influence through some China-led space initiatives, such as the Belt and Road Initiative Space Information Corridor, the launch of a remote-sensing satellite constellation for the BRICS countries (Brazil, Russia, India, China, and South Africa) and the Asia-Pacific Space Cooperation Organization Joint Small Multi-Mission Satellite Constellation Program.13 It is also cooperating bilaterally with countries including France and Italy on satellites to monitor such things as climate change and earthquake activity. These initiatives will tie participating countries tighter into China’s own orbit, both on Earth and beyond.

Beijing is keenly aware of the importance of space to national security. According to China’s 2019 defence white paper, ‘space is a critical domain in international strategic competition [that] provides strategic assurance for national and social development’.14 China’s military has prioritised the development of space capabilities to support its expanding military footprint on Earth as well as to counter potential adversaries in space. At the end of 2015, the People’s Liberation Army (PLA) established the Strategic Support Force (SSF) 战略支援部队. It consolidates military space and cyber warfare capabilities across the PLA to facilitate integrated operations.15 Its creation highlights the importance of the new ‘strategic frontiers’ 战略边疆 of space and cyberspace for China’s hard power as well as its broader strategic interests, including economic growth and technological development.16

Beijing is also eyeing off commercial opportunities in space, including the exploitation of resources. The Moon, for example, hosts large quantities of rare-earth elements and helium-3 — a rare element that can be used in nuclear fusion.17 China reportedly aims to establish a ‘space economic zone’ in ‘cislunar space’ (inside the Moon’s orbit) by mid-century, with a staggering estimated yearly economic output of US$10 trillion.18

Beijing’s space ambitions may have a sovereign aspect to them as well. In the words of Ye Peijian 叶培建, the head of China’s lunar exploration program:

[T]he universe is an ocean, the Moon is the Diaoyu Islands and Mars is Scarborough Shoal. If we don’t go there now when we can, our children would blame us. If others go there and take over, then [we] wouldn’t be able to go. That is reason enough.19

The Diaoyu/Senkaku Islands are claimed by both China and Japan, while the Scarborough Shoal is claimed by China, Taiwan, and the Philippines. China’s approach to these and other territorial disputes on Earth raises questions about how it will conduct itself in space with respect to the global commons. This is uncharted territory.

China’s rapid rise as a major space power and its grand ambitions in space are intimately tied to terrestrial geopolitics. A key question is whether China will ultimately tilt towards collaboration or competition in space. Some observers think a confrontational space race is already under way between China and the United States.20 Following China’s lunar
success, the United States announced that it would speed up its own plan to return to the Moon, by 2024. In a speech in March 2019, US Vice-President Mike Pence said: ‘Make no mistake about it: we’re in a space race today, just as we were in the 1960s [with the Soviet Union], and the stakes are even higher.’ He called on NASA to meet the challenge with ‘new urgency’ and focus.21 In the words of Bridenstine: ‘Some people call space — China specifically — the American Achilles’ heel.’22

As the country once known as the Celestial Empire reaches for the stars, lines from a 1965 poem by Mao Zedong come to mind:

We can clasp the moon in the Ninth Heaven
And seize turtles deep down in the Five Seas:
We’ll return amid triumphant song and laughter.
Nothing is hard in this world
If you dare to scale the heights.23

Forum: Illusions and Transformations - the many meanings of Meng 夢
From the Land of Illusion to the Paradise of Truth
Zhuangzi and his butterfly dream: the etymology of meng 夢

Chapter 1 - A Dream of Perpetual Rule

Forum: Enforcing the Dream
Xi Jinping’s War on ‘Black and Evil’
The Changing ‘Dream’ in the Classroom: Literary Chinese Textbooks in the PRC

Chapter 3 - Meridians of Influence in a Nervous World

Forum: Vigilante Justice
Taking justice into their own hands: ‘Netilantism’ in Hong Kong

Forum: Sharing the Dream?
South Korea and the ‘China Effect’
Taiwanese Dreams: Security, Sovereignty, and the Space to be Seen