A new nation-wide rectification campaign targeting political-legal institutions, including courts, procuratorates, police, prisons, and administrative bodies for lawyers will begin in 2021 and run for one year. The campaign has four main tasks: removing the “herd-harming horses”, purging “two-faced” men who are disloyal and dishonest to the Party, thorough investigation on those providing protection to “black and evil influences”, and in-depth investigation into corruption in law enforcement and judicial agencies that have persisted after the 18th Party Congress.

Planning for the campaign has now started with a number of pilot programs in selected locales. Below are a few observations.

Second, as far as I know, the last time a rectification campaign was organized by the highest level of the Party, targeting legal institutions (courts and procuratorates in particular), was the “judicial reform” campaign from 1952 to 1953 (which lasted seven months). That campaign was launched to eradicate the “poison” of judicial practices under the nationalist KMT. This indicates that a pan-political-legal-apparatus rectification campaign is not a decision that the Party makes lightly.

Third, I cannot remember ever having heard of a rectification campaign that was preceded by a pilot program. Usually pilot programs are used for organizational reshuffles, e.g. the setup of the Supervision Commissions or the “quota judge” (员额制) reforms in courts and procuratorates. Rather noteworthy is that the important inaugural conference for the new rectification campaign was not chaired by Guo Shengkun, head of Central Political-Legal Committee, but by its Secretary 秘书长 Chen Yixin (known as Xi’s man from Zhejiang). Guo did not even seem to be present at the conference.

Fourth, according to Chen Yixin’s speech at the inaugural conference, the upcoming rectification campaign will follow a similar format to the one developed between 2013 and 2017, i.e. a combination of ideological indoctrination, mandatory self-reporting, and solicitation of reporting from others on wrong-deeds, which include both crimes and political violations. Mandatory self-reporting was an effective investigative tool at the time, which deprived the targets of their previous privileges against self-incrimination and led to punishing inaccurate reporting when offenses are detected through other leads. It will be deployed in this campaign too.

Fifth, this new campaign seems to have a heavier focus on police misconduct, pivoting on Xi’s other signature campaign against “special criminal syndicates”. The police are considered the most important coercive apparatus among all political-legal institutions. Ensured loyalty from the police is critical for any Party General-Secretary. There have been rumours about an investigation against former police chief Meng Jianzhu for a while, although these have not been substantiated yet. Nevertheless, since the 19th Party Congress in 2017, a number of high-level leaders of the Ministry of Public Security have been replaced by “new blood” from Fujian and Shaanxi, who are known to be Xi loyalists. But top-level replacement will not be enough. A more thorough shake-down of the entire public security system is expected to take place during this rectification campaign.

Lastly, the Ministry of Public Security appears most enthusiastic about implementing the new rectification campaign. On July 9, 2020, the day after the Central Political-Legal Committee’s inaugural conference, its Minister held a mobilization conference joined by high and mid-level leaders of the Ministry and local police leaders via teleconferencing. The Supreme People’s Procuratorate also held a party-group meeting, and has designated eight procuratorates for the pilot programs. The Supreme People’s Court has not reported on its implementation efforts. 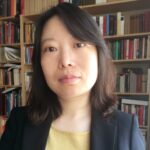 Ling Li teaches Chinese politics and law at the University of Vienna.