In a compendium of essays published recently about the future of US-China relations, eleven of China’s top foreign policy thinkers made familiar arguments, including that US global influence is waning and that China can reshape international systems. Some experts also took the unusual step of arguing that China should adopt a more self-effacing foreign policy. Xi Jinping is unlikely to heed that advice, however, especially as he tries to fashion himself as a stronger version of Deng Xiaoping. But if Joe Biden takes a more multilateral foreign policy approach than his predecessor did, Xi may determine that he has no better choice.

Among the more moderate essayists published in the Chinese-language Journal of International Affairs last month, Renmin University professor Shi Yinhong wrote that China should show “patience and restraint” in the face of other countries’ anti-China behavior. Just because China can deploy a countermeasure does not mean that it always should. Most Western European countries have tried to stay neutral on the US-China rivalry, he said, sometimes siding with the US, and other times with China. Beijing should find ways to shrink the number of “anti-China” countries and to increase “neutrals and sympathizers.”

Professor Xu Wansheng from the military-run University of Information Engineering described the “vital importance” of stabilizing Japan-China relations, which he said can serve as a “buffer” to tense US-China relations. Xu argued that Beijing should invest more in its relationship with Japan, including a greater effort to find points of agreement on historically contentious issues like the East China Sea dispute.

But those who advise restraint are losing the argument, at least for the moment. In 2020 alone, China’s foreign relations have been defined by: border skirmishes with India; increased militarization of the South China Sea; expulsions of foreign journalists; diplomatic spats with Australia, Canada, the US, and multiple European countries; and the rapid ascension of conspiracy theory-peddling, scorched earth-style “wolf warrior” diplomats like Zhao Lijian.

All the while, Beijing has committed massive human rights abuses in Xinjiang and heavily cracked down on dissent in Hong Kong. And yet, in spite of this behavior, it has still been able to secure some foreign policy wins. In November, for example, China joined ASEAN and other countries in the Asia-Pacific to create the Regional Comprehensive Economic Partnership, the world’s largest trading bloc. A month later, the EU and China concluded an investment agreement.

Underpinning much of China’s behavior are power and ego. Xi Jinping wants the Chinese people to see him as a stronger version of Deng Xiaoping. And by channelling the virulent nationalism of Mao Zedong, he hopes to cast himself as the modern version of Mao, too. Beijing’s current brand of diplomacy is a far cry from Deng’s maxim “keep a low profile and bide your time.” Those working at China’s Ministry of Foreign Affairs have quickly learned that the diplomats who issue provocative, bellicose statements that defend China’s honor are more likely to get ahead than the ones who adopt a more subdued style.

From the perspectives of these foreign policy essayists, China is ascendent and the US is on the decline. Both the Chinese hardliners and their moderate counterparts say that the days of American hegemony are numbered. Fu Mengzi from the China Institute of Modern International Relations anticipates the emergence of two global tech and economic models, one led by the United States, and the other by China.

Assuming that Xi holds a similar worldview, why would he change tack now? It is unlikely that he would do so just to ingratiate himself with the new American president. Many on the China side doubt that the Americans even want to deal, so olive branches are moot. Tsinghua University’s An Gang writes that large parts of both of the major US political parties have become “anti-China,” which stymies the chances for major diplomatic breakthroughs in all but a few areas such as climate and clean energy. Shi Yinhong recommends Beijing to pursue strategic and military retrenchment, especially with respect to the South China Sea, Taiwan, and arms control issues. In his view, this can be a “bargaining chip” to improve relations with the United States. But he is virtually alone in making this kind of unconventional recommendation.

Yet Joe Biden may still be the reason Xi ultimately decides to moderate. Not because Xi thinks that doing so would entice Biden to put the US relationship with China on a new footing, but because of Biden’s approach to working with the rest of the world. After all, China still has no true allies. It has been able to run roughshod over smaller countries because it takes them on one by one. The world may look more bipolar than it did four years ago, but China is still no match for America and its partners when they work together. And Joe Biden is a multilateralist at heart.

If Joe Biden brings a return to working with friends and allies, as he has said he will, expect the US and its partners to work together to promote and enforce a shared understanding of expected norms of international behavior. This could mean, for example, that one country should be able to criticize another without consequence of crippling sanctions from China. And, in the event of such an incident, that like-minded countries would be more likely to collectively support the victim, and deter and punish China.

In the short term, these kinds of policies could have a “rally round the flag” effect in Beijing, especially if they are interpreted as “anti-China.” But over the long term, as Xi learns that he can no longer saber rattle without penalty, he may decide to moderate, although he would never publicly admit to doing so. The challenge for his spin-masters then, would be to still find ways to cast him at home as the world’s new enlightened strongman. 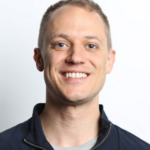 Walter Kerr is a former U.S. diplomat and publishes the Chinese Journal Review, a newsletter about Chinese academia.