Checking my phone for COVID updates on Sunday, I was delightfully distracted by Stan Grant’s recommendation that Australians read the 15-volume Cambridge History of China over the summer holidays. As an historian of late imperial and modern China, I couldn’t agree more that there is much to learn about China, and that the legacy of the Qing Dynasty (1644-1911) is crucial to understanding China today. Yet Cambridge History aside, Grant’s list skews heavily towards Mao and the Chinese Communist Party, when modern Chinese history has been shaped by so much more than that. Might a broader range of titles, and attention to both the rulers and the ruled, help us better understand the superpower with which our future is intertwined?

Here are seven alternative titles, each more readable (and affordable) than the Cambridge History of China:

The Merchants of Zigong: Industrial Entrepreneurship in Early Modern China, by Madeleine Zelin

One of the finest and most readable works of Qing economic history, Zelin charts the fortunes of the salt merchants of Zigong, Sichuan. Examining drilling technology, shareholding and investment, and even the market for water buffalos, she makes the case that a century before the Opium War, natural resources and the Qing’s laissez-faire policies allowed this privately owned, capital intensive enterprise to flourish.

The Missionary’s Curse and Other Tales from a Chinese Catholic Village, by Henrietta Harrison

Harrison traces the history of a Catholic village in Shanxi from the Ming Dynasty (1368-1644) to the 21st century, regaling us with tales of missionaries, fur traders, the Boxer Uprising, the Cultural Revolution, flying bicycles and an unlikely trip to Rome. She argues that Catholicism in the village was as much a “Chinese” religion as Buddhism or Daoism, connecting with the global church only in the 19th century.

Land of Strangers: The Civilizing Project in Qing Central Asia, by Eric Schluessel

After a 19th century uprising, an elite Chinese army arrived in Xinjiang, imposing imperial law and Confucian norms on the Muslim population. Using archives in multiple languages, Schluessel details how men and women developed “new subjectivities” through their interactions with this “civilizing” regime. An epilogue notes similarities and chilling differences with mass incarceration in Xinjiang today.

The Golden Wing: A Sociological Study of Chinese Familism, by Lin Yueh-hwa

A classic study of a Chinese family in the years leading to World War II, Lin narrates the rise and fall of the house of Hwang, whose newfound prosperity was tied to education, social relations and the division of labor between four brothers. The eldest brother, a professor, was the largest shareholder in a steamboat company, but he ran into trouble with his partners after the third brother, a boat captain, died.

A few kilometers from the mainland but occupied by Taiwan, Jinmen (Quemoy) is the island where the Cold War never ended. While the shelling eventually stopped, the island remained on the frontline of the global Cold War, and the local people paid a price. Militarization and propaganda shaped every aspect of daily life, from weddings and funerals to the black market and the developmental state.

The Age of Wild Ghosts: Memory, Violence and Place in Southwest China, by Erik Mueggler

One of the finest ethnographies of recent decades, Mueggler explores the legacy of state violence on the community of Zhizuo in the mountains of Yunnan. In the early 1990s, Mueggler arrived in Zhizuo to study the poetry of the Lolop’o people. He found a community still haunted by villagers and kin who had died decades earlier, during the famine of the collective era, without proper burial rituals.

The Gender of Memory: Rural Women and China’s Collective Past, by Gail Hershatter

A masterpiece of oral history, Hershatter and her collaborator Gao Xiaoxian interviewed over a hundred elderly women in rural Shaanxi about their memories of the 1950s. What emerged was an astonishing picture of their experience of work, politics, family and childbirth spanning the entire 20th century, and how their memories diverge from the national narrative that Hershatter calls “campaign time.” 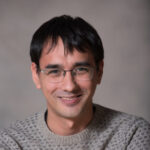 Joel Wing-Lun is a PhD candidate in the Department of East Asian Languages and Civilizations at Harvard University.