The “China Initiative” kicked off its third year with the U.S. Department of Justice reporting that it has made substantial progress to date and the work of countering national security threats emanating from the People’s Republic of China (PRC) continues apace. With only a little over a month before President-elect Biden is sworn in, however, it is a fitting time to reassess the Initiative. The first step should be ending use of the name “China Initiative” followed by a comprehensive review and reformulation of how the U.S. government uses criminal law to address concerns about illegal activity connected to the PRC party-state.

President-elect Joe Biden has called for the United States to “lead not just with the example of power, but the power of our example.” The U.S. Department of Justice’s (DOJ) “China Initiative” has emphasized power—the power to investigate and prosecute suspected criminal activity connected to the PRC government and the intertwined Chinese Communist Party (CCP). What deserves greater attention is the example that the China Initiative is setting with respect to the U.S. government’s view of people of Chinese ethnicity and PRC nationality.

Indeed, at least some accusations of illegal activity linked to the PRC party-state have an evidentiary basis: to that extent I agree with Director Wray that there is more than mere “rumor” driving the U.S. government’s concerns. Yet the Year-in-Review fails to address that there are nonetheless problems with the China Initiative. Looking ahead to the Biden administration, the U.S. government can and should do a better job of grappling with two real phenomena: the threats from the PRC party-state that go beyond traditional spying and the threat by association attaching to people who are viewed as connected to the “China” of the China Initiative.

I have argued elsewhere that the “China Initiative” lumps together people with ties to “China” based on nationality, ethnicity, or other connections as part of a “China threat.” The narrative of a vast China threat combined with an expansive view of national-security-triggering assets has tended toward an overreliance on criminal law in the U.S. policy response to the PRC. Subtle shifts in language suggest the China Initiative’s leadership might be dialing back broad rhetoric, such as FBI Director Wray’s use of “China Threat” in a February speech as compared with the more precise “Threat Posed by the Chinese Government and the Chinese Communist Party” in July. To date, however, the DOJ has failed to engage meaningfully in the critique that heavy-handed use of criminal law could hurt the United States’ long-term economic competitiveness both by chilling research by Chinese Americans and staunching the flow of talent from the PRC to the United States in artificial intelligence and other critical areas.

There is no magic formula. However, by collaborating with experts in science and technology, China studies, and criminology, the US Government could help chart a path whereby crimes are deterred while productive research continues. The “Education and outreach” mentioned in the Year-in-Review lacks recognition that DOJ’s reaching out to explain concerns to businesses and academia should be complemented by a pulling in of outside expertise.

This pulling in of expertise will take time. What the Biden transition team can do immediately is drop the name “China Initiative” to demonstrate its rejection of the overbroad framing. They should convey the message that the Year-in-Review marks an end to the China Initiative in its current form and a shift to a period of reformulation. This requires rigorous analysis of the structure and implementation of the China Initiative over its first two years and a renewed approach to how the U.S. government confronts well-founded concerns about illegal activities linked to the PRC party-state.

A critical piece is to “do the work” of addressing bias—borrowing phrasing from Vice President-elect Kamala Harris, herself a former prosecutor, that “there is no vaccine for racism.” Simply requiring people to sit through mandatory anti-bias training is not the answer. Rather, a more holistic approach is needed to mitigate bias against people who are seen as connected to China because of their ethnicity, nationality, national origin, or other characteristics.

The American Bar Association has analyzed how implicit bias can influence prosecutors’ decisions, yet the DOJ insists that it has been sensitive to this issue without providing any details on specific measures. The September release of the FBI’s latest threat-awareness film—described in the Year-in-Review as an “educational film”—underscores concerns that the China Initiative can actually fuel stigmatization.

“The Nevernight Connection” joins Game of Pawns and The Company Man to form a trilogy of films warning that PRC agents are recruiting Americans to steal intellectual property, provide classified information, and engage in other illegal activities. Nevernight tells a fictional story that the FBI says is inspired by Kevin Mallory who is serving twenty years in prison for “conspiracy to transmit national defense information” to PRC intelligence officers. I am not contesting that recruitment occurs. I am concerned that the vehicle for warning against these practices feeds xenophobia and stereotypes rather than thoughtful discussion.

Nevernight’s characters are more aptly termed caricatures. For example, when the slick PRC contact posing as a businessman gives Daniel Landry, a retired U.S. Navy scientist, a phone with WeChat, he explains slyly, “It is completely secure from both governmental and matrimonial surveillance. Don’t worry. It’s very popular in China.” He later slips Landry an envelope with a wad of cash. In another scene, Landry ogles a sexy bartender who encourages, “Baijiu. Chinese vodka. It’s very good. You try.” The movie ends with Landry in FBI custody as the credits roll atop a dark computer room of PRC operatives working to recruit Americans via social media.

To be sure, the DOJ cannot hit a pause button while reformulating its approach to criminal activity linked to the PRC party-state. Beijing is not taking a “time out” while the Biden administration gets settled in. It will not be easy for the DOJ to engage in reflection and reformulation simultaneously with its extensive investigative and prosecutorial functions. But it is possible because, with the right leadership, the exceptional professionals throughout the DOJ are up for the challenge. As I write, we await President-elect Biden’s selection of an Attorney General who should lead by the power of their example in saying goodnight to Nevernight and other bias-laden practices. 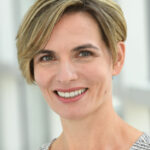 Margaret K. Lewis is a Professor of Law at Seton Hall University.