The recent murder of a Tibetan woman by her ex-husband has ignited social media fury over the lack of protections available to Chinese women who experience domestic violence. It follows several similar cases that have provoked outrage in online spaces in China, fuelling debate about the widespread nature of domestic violence, and demands to strengthen laws and response mechanisms. However, the swift removal of hashtags, shows the extent to which the Chinese state continues to undermine gender equality in China, attempting to silence feminist debate about women’s rights to safety and equality.

Last month, a popular Tibetan vlogger, Lamu, was brutally murdered by her ex-husband, sparking outrage across social media. The 30-year-old woman, who lived in an impoverished region on the Qinghai-Tibetan plateau and regularly blogged about her life there, had endured a decade of abuse from her violent husband. Lamu sought help from local police multiple times. However, on each occasion, they refused to intervene, citing the abuse as a ‘private matter’. Lamu divorced her husband twice to escape the violence. After threatening to kill their son, Lamu was forced to remarry him. When the abuse worsened, Lamu filed for divorce again. Despite his history of abuse, the local court ruled that as Lamu’s husband had greater financial resources, he would be granted custody of their two young children. Shortly after separating the second time, her ex-husband broke into her home, stabbed her multiple times, doused her in petrol, and set her on fire. Fifteen days later, Lamu died.

Lamu’s case is not an isolated one. Similar reports regularly surface on Chinese news and social media sites. Regardless, domestic violence continues to be seen as a private matter in China, and authorities are often unwilling to intervene, instead encouraging women to return to their abusive husbands and ‘work it out’. This behaviour reflects widespread beliefs that the sanctity of the family is paramount, and women who leave violent husbands are often blamed for destabilising the family unit.

The lack of state intervention in addressing domestic violence in China and a general unwillingness to promote women’s rights, reflects the concern over disrupting the ‘harmonious family’, and, as Chinese-American scholar Leta Hong-Fincher has argued, the stability of Chinese society.

Domestic violence is widespread in China

While official national statistics on the prevalence of domestic violence in China are not available, several studies reveal its pervasiveness. A 2016 study by the All-China Women’s Federation, found that 30 per cent of married women had experienced some form of partner violence. In a 2013 UN multi-country study, 52 per cent of men admitted committing physical and/or sexual violence against a partner. Women in rural China experience rates of violence almost double those in urban China.

Such violence is not confined to the boundaries of marriage either. A recent study in Beijing found that dating violence is rife among unmarried urbanites, with young women reportedly experiencing high rates of physical, sexual, and emotional abuse by their boyfriends and casual dating partners.

Yet the legal structures in place to protect victims from violent partners are weak. After decades of campaigning by feminist activists, in 2016, China’s first Domestic Violence Law was introduced. Despite establishing new protections, including restraining orders and mandatory early intervention, in practice, the law has been poorly enforced. For example, women are responsible for gathering evidence of their abuse and there remains an overreliance on mediation measures. Crucially, marital rape is absent from the legislation, and the crime of domestic violence itself, is treated as a civil infraction rather than a criminal offence. Moreover, the new civil code stipulates a ‘30-day cooling-off period’ for divorce applications, which further undermines women’s capacity to escape abusive environments.

Women hold up half the sky, or do they?

Domestic violence thrives in social contexts that undermine women’s rights. The power and privilege afforded to men drive gender inequality, and the gender unequal attitudes, behaviours, and policies that cut across Chinese state and society precipitate this violence.

Chinese feminists have actively campaigned against gender inequality, on issues such as sexism in employment and university admissions, sexual harassment, and queer rights. Despite having to constantly adapt to censorship and the relentless threat of police harassment and intimidation, the strong feminist voices of Chinese activists continue to advocate for women’s rights. The viral outrage over Lamu’s murder is a testament to the veracity of these voices.

Gender equality is enshrined in the Chinese constitution, yet China is a deeply unequal society. In the World Economic Forum’s 2018 Global Gender Gap report, China ranked 103 out of 149 countries. Under Xi Jinping, women’s rights continue to be eroded and patriarchal power structures strengthened. This has occurred at multiple levels of Chinese society. Female political representation is jarringly absent, and voices of dissent are harshly silenced. This was most evident in the arrest of the Feminist Five, in 2015, after their vocal campaigns against domestic violence (notoriously performed in bloodied wedding dresses), sexual harassment, and insufficient sanitation facilities for women. In 2019, International Women’s Day was rebranded as “Goddess Day”, an intentional distancing from its feminist roots in advancing gender equality.

Women’s public status in Chinese society is further undercut by blatant discrimination in workplace and hiring practices that reinforce stereotypes about traditional roles for women and their sexual objectification. For example, there is a 15 per cent cap on female recruits in the police force, due to the perceived high risks and heavy workload of policing. Job advertisements across a range of both state and private sectors regularly request ‘male-only’ applicants. Private firms often advertise for ‘beautiful girls’ or emphasise the physical attributes desired in female candidates. Women between the ages of 25 and 35 are also routinely discriminated against during interviews, under the belief that they will soon marry and bear children. Within the workplace, women are afforded few protections for maternity leave, and a national paid paternity leave does not exist.

At the family level, gender inequality manifests in multiple, overlapping ways. Within the marriage market, men continue to prefer women who are less educated, younger, and earn a lower wage. Women are regularly chastised for being greedy and materialistic, and blamed for the apparent ‘marriage crisis’. Women are still expected to assume primary caretaking roles of the elderly and children, so much so that women have coined the term, ‘widowed parents’, highlighting the unfair burden of responsibility mothers endure in China.

Women who choose to delay or forego marriage are castigated as ‘leftover women’ and women who pursue a doctorate are derogatively labelled, the ‘third gender’.

Equality is the answer

The clear and pervasive socially constructed gender inequalities combined with the lax response to domestic violence and the weak implementation of the law, demonstrates that women’s safety is not a priority in China, nor are women’s rights. Whilst feminist debate and calls for greater gender equality is unlikely to disappear from online spaces, without a robust effort by the state to advocate and build the foundations necessary for supporting women’s rights that challenge male power and privilege, rates of violence against women in China will continue to climb. 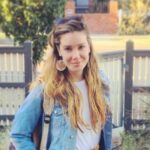 Sarah Gosper is a PhD candidate at University of Melbourne. Her research examines rural masculinity in urban China, with a specific focus on marriage and bachelorhood.