How do mainland Chinese migrants to Australia form families and who do they marry? In our recent research, we analyse data from the Australian Bureau of Statistics (ABS) to shed light on these questions. We find that migrants born in the People’s Republic of China (PRC) are more likely to marry other PRC-born migrants than people born in Australia or migrants from other regions. That is, these marriages are primarily intra-cultural rather than inter-cultural in nature. The data also reveal that behaviours relating to cohabitation, marriage and divorce among PRC-born migrants in Australia differs with those seen in mainland China. This provides a case study of how intra-ethnic marriages between new migrant groups may diverge from the norms and behaviours associated with their country of origin.

Australia has a rich history of Chinese immigration, including during the ‘Gold Rush’, later from Hong Kong and the Chinese diaspora and, since the early 1990s, from the PRC. Chinese migrants are an important part of Australia’s contemporary social fabric and their contribution to the economy is also well documented.

The bulk of Chinese temporary and permanent immigration in recent decades has been from the PRC, that is, mainland China. Much less has been written about the behaviour of these migrants after their arrival in Australia, including their attitudes to marriage, cohabitation and divorce.

Detailed data from the ABS sheds light on the cohabitation, marriage and divorce behaviours of PRC migrants in contemporary Australia. The ABS usefully provides separate data for people born in mainland China, Hong Kong and other Asian jurisdictions, unlike the use of broad ethnic classifications such as ‘Asian’ and ‘Chinese’ in British, Canadian and US statistics. These data have been collected since the mid-1990s and cover the high-level characteristics of women and men registering marriages and divorces in Australia by country of birth.

In our recent research, we analyse these data to answer many interesting questions, including: who are PRC migrants actually marrying? Do they tend to marry other migrants or people born in Australia? Do they replicate patterns of marriage and divorce that are seen in mainland China?

We find that the majority of marriages registered in Australia involving PRC-born people are intra-cultural rather than inter-cultural in nature — that is, they are marriages between two people born in mainland China. For example, of the more than 6,400 marriage registrations in Australia in 2017 that involved a spouse born in mainland China, 60 per cent were between two people born in mainland China, up from a low of 46 per cent in 2001. While this finding may come as a surprise to some, in fact it confirms a general principle of classic assimilation theory — namely, that new migrant groups are unlikely to enter into inter-cultural marriages with members of migrant-receiving communities, unless a small migrant population restricts the potential for intra-ethnic marriage. This restriction clearly doesn’t bind for PRC-born migrants in Australia.

More surprising is the finding that, counter to any presumption that ethnic migrant groups bring their propensities for marital behaviour with them, PRC-born couples in Australia create and dissolve marital relationships very differently from their counterparts on the Chinese mainland. The estimated crude marriage rate (the number of people getting married in a given population in a given year) for PRC-born couples in Australia was 18 per 1,000 women and 16 per 1,000 men in 2017. This is roughly double the crude marriage rate in mainland China (7.2 per 1,000 people in 2018) and more than four times the crude marriage rate for couples married in Australia (4.6 in 2017), which implies that PRC migrants are more likely to marry than other segments of the Australian community and their compatriots in mainland China.

How can such differences be explained? The higher tendency for PRC-born couples in Australia to cohabit may reflect the greater scope for independent living, combined with a relative absence of cultural and familial pressures to avoid cohabitation. By contrast, the higher tendency to marry could reflect efforts to escape social isolation and alienation in an adopted community. It could also reflect greater access to like-minded young people with a shared experience of living abroad. Administrative incentives, too, such as immigration policies that encourage people to formalise relationships through marriage when applying for permanent residency, may also play a role.

An intriguing insight from the data is that a shared country-of-origin is no guarantee of marital stability. Compared to couples involving at least one Australian-born person, couples involving two PRC-born people tend to separate and divorce sooner after marriage. Couples with at least one Australian-born person stay together for an average of more than nine years after marriage, compared to less than four years for PRC-born couples. This contrasts with suggestions that cultural compatibility and ‘Chinese’ marriage values make such marriages less susceptible to divorce. A range of hypotheses can be given to explain this finding. For example, the social pressure (from friends and other family members) for couples to remain married may be absent in the isolation of a foreign country. Couples may also form relationships that are less durable than they otherwise would be due to a limited choice of marriage partners. Alternatively, the stresses of living abroad could lead to marital conflict. Further research is needed to understand why this is the case.

In short, marriages between PRC-born migrants to Australia are intra-cultural rather than inter-cultural, and behaviour around cohabitation, marriage and divorce differs notably from that observed in mainland China. These differences indicate that intra-ethnic marriages between new migrant groups do not predictably reproduce and reinforce the norms and behaviours associated with their ‘homeland’. More generally, a range of factors, from changing opportunities for professional labour migration and behavioural responses to cultural isolation to country-specific immigration policies, can modify and shape family formation behaviour in unexpected ways. 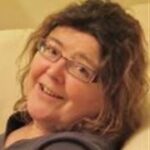 Elaine Jeffreys is Professor in International Studies (China) at the University of Technology Sydney.

Pan Wang is Senior Lecturer in Chinese and Asian Studies at the University of New South Wales.