In a year dominated by the COVID-19 pandemic, the Asia-Pacific region is increasingly embroiled in an atmosphere of China scepticism. Diplomatic tensions between Australia and China have arisen in the past largely due to political and trade disagreements, but the provision of Chinese language programs in Australian schools has also ignited controversy.

Australia’s education agendas for the 21st century have focused on supporting Australian school students to become future global citizens with the skills and capabilities to live, work and engage in the international community, particularly with Australia’s neighbours. Proficiency in an Asian language has been seen as a key skill to achieve this goal. However, while policy promotes the study of Chinese as a ‘language for the future’, such motives are readily cast aside in times of diplomatic crisis when the ‘enigma’ of China and speakers of the Chinese language are seen as a threat.

The politicisation of Chinese language study in Australia promotes the idea that learning Chinese is useful to Australians for purely practical economic reasons, such as being able to conduct business or trade.  This has particular implications for Languages teaching and learning, as it reduces multilingualism and its associated benefits—intercultural competence, literacy, language awareness and critical thinking—to a strategic resource.

Within the broader Languages education debates in Australia, Chinese stands out because of its unique place in Australian society and education. After English, Chinese is the language most spoken at home, and is one of the most widely taught languages in Australian schools. However, students who are not from Chinese heritage backgrounds rarely achieve high proficiency; and Chinese is considered a ‘difficult’ language compared to European languages, which are linguistically closer to English. The perceived language advantage of Chinese-heritage students also has a demotivating effect.

In a recent study, we explored how debates in the media and conversations among language teachers reflect the contentions surrounding Chinese language learning and Australia’s multicultural identity. We examined a selection of Australian media articles on Chinese language education published between 2012 and 2017, and conducted interviews with teachers of Asian languages in 2015 and 2016. We found a strong discrepancy between advocacy for Chinese language instruction as key to Australia’s economic future, and media and public debates that portray Chinese as ‘too difficult and too foreign to learn’. Such debates also position learning Chinese as linked to the dissemination of Chinese government propaganda, and as undermining Australia’s Anglo-European and anglophone identity.

Chinese is the ‘language of the future’

Eleven of the twenty-three media articles selected for our study reflected the Asian Century discourse, which heralds China as the ‘rising’ economic and geopolitical power. Chinese education programs were often described as ‘cutting edge’: statements such as ‘bilingual first in schools’ and ‘preschool language program rolled out’ suggest that bilingual language programs are a new phenomenon, rather than a long-established tradition in Australia.

Several articles also seemed to suggest that language education was less about language learning than about technological innovation: students would be able to form ‘virtual relationships’ with ‘digital sister schools’ ‘with the help of an innovative program’. The notion of using technology to connect with ‘real’ Chinese people in mainland China reinforces the perception that the purpose of language learning is to communicate with ‘foreign people’, outside Australia. This renders invisible the significant Chinese-speaking community in Australia’s ‘own back yard’.

Chinese and Confucius Classrooms: The language of suspicion

An interesting if unsurprising finding—given the controversy of China’s investment in ‘cultural projection to the world’—was the significant number of articles critical of the role of Confucius Classrooms in Chinese language programs. Headings such as ‘Schools paid $10,000 to teach Chinese’, and ‘China sends teachers to Palmerston’,  position China as the sole driver of such programs, despite the Australian government’s policy focus on developing language proficiency in Chinese. Statements in the same article, such as ‘the Territory will soon be speaking Chinese if the NT [Northern Territory] Government gets its way’ reveal an underlying hostility towards the arrival of ‘twenty Chinese teachers set to be calling the Northern Territory home’. In this way, Chinese language and culture are politicised as threats to Australian national identity—a view that is reinforced and manifested by a hierarchical view of languages. An Australian company manager, interviewed by the Gold Coast Bulletin (FIRST job—and where are you now? 24/10/2016) comments:

The school curriculum is too crowded …. People often suggest learning Chinese. I don’t believe Chinese is essential as all Chinese students learn English … however, basic Chinese skills assist in business etiquette and overcoming the cultural barrier.

So, while language and cultural knowledge are useful skills, English-speaking Australians only need to acquire ‘survival Chinese’ in order to overcome cultural barriers. But on the other hand, Chinese speakers are assumed (and expected) to have a high level of communicative proficiency in English. Chinese may be the ‘language of the future’ and worthwhile engaging with—but not to the extent of attaining high linguistic proficiency and a deeper understanding of Chinese culture and society. This creates a cycle of ‘privilege and parochialism’ for the English-dominant speaker.

Similar concerns were expressed by the Languages teachers we interviewed. ‘Pam’, Head of Languages and a teacher of Japanese at a Catholic secondary school in metropolitan Melbourne, comments on the ‘usefulness’ of studying Chinese:

I think […] that as a society we’ve always viewed Japanese with a sense of prestige. Kids like the animated cartoons, feel like there’s things they can really relate to. Now, Chinese hasn’t got that.

Although popular culture can support interest in language learning, it doesn’t occur as often as people believe. Pam’s comment that Chinese language lacks cultural aspects that Australian students can relate to suggests that China continues to be seen as too far removed from ‘Australian’ culture. ‘Daniel’, Head of Department and teacher of Chinese at an independent K–12 college in Melbourne, echoes this sentiment:

I mean it’s as basic as [Chinese] textbook layout. At the moment it doesn’t feel Western. It feels, just even opening the book, quality of the pages, fonts […] kids look at it and go, ‘This looks really foreign.’

According to Daniel, a student’s very first classroom encounter with Chinese can be deeply alienating. A resource as simple as a textbook can exemplify a perceived linguistic and cultural chasm between ‘East and West’.

Uneasiness or ambivalence in Australia towards teaching and learning Chinese

Both advocates and critics of Chinese language education in Australia draw on arguments around economic proximity and cultural distance that are difficult to reconcile. This uneasiness was reflected in stories of the everyday professional interactions involving languages teachers of both Australian and Chinese descent. Pam and Daniel discussed their involvement as Heads of Languages in staffing, recruitment and employment of Languages teachers:

I feel like in the past, we’ve really just gone: ‘Well, you can speak the language, come and teach here.’ And it’s almost like: You don’t do that with English teachers. How did you just realise that that doesn’t work for other languages? (Daniel)

Daniel is commenting on the widespread assumption that teaching one’s first language is ‘easy’; as something that is ‘innate’, it is thought to require little effort or formal study. It is a ‘springboard’ for a teaching career in Australia, as demonstrated by the high proportion of native Chinese language teachers. Daniel suggests that his school had not questioned this assumption in the past; it had recruited Chinese language teachers mainly based on their ability to speak the language, a practice that changed when it was realised that teachers of other languages were not recruited in this way. However, a great deal of irony is apparent when such recruitment practices for Chinese versus English language teachers are considered, as many native English speakers are employed overseas today as English language teachers based mostly on their ability to speak English as a first language.

Our research reflects the well-documented themes in media and teacher discourses in Australia around representations of Chinese language education: utilitarian arguments for Chinese language learning, the exoticising of the cultural and linguistic ‘other’ and a deep-rooted ambivalence towards China and speakers of Chinese.

If the intention of policy is to position Chinese as the ‘language of the future’ and worthy of study, it requires progressive politics, policy and education systems to recognise that ‘while multilingualism is laudatory, the means by which one becomes multilingual also matter’. Language learning is valuable for a broad range of reasons, including the economic, political, societal, intercultural and interpersonal.

In light of the current Australia–China tensions, re-embracing relationships in the Asia- Pacific that move beyond binary Australia–Asia relationships of ‘us versus them’ could be crucial for stabilising the region. This will require a more critical engagement with Australia’s multicultural identity, and consideration of how our diversity could be reflected more comprehensively. It will also raise new questions about how Australia communicates with its Asian neighbours.

The article first appeared on EduResearch Matters, published by the Australian Association for Research in Education, on October 5, 2020. 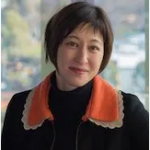 Dr Michiko Weinmann is a senior lecturer in Languages Education, and Director of the Centre for Teaching and Learning Languages (CTaLL) at Deakin University, Melbourne. 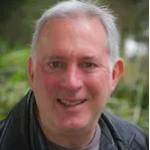 Dr Rod Neilsen is a senior lecturer in TESOL at Deakin University, Melbourne. 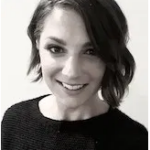 Sophia Slavich is a Chinese and EAL/D language teacher.