The departure of journalists in China working for the New York Times, Wall Street Journal and Washington Post in March, followed by those working for the Australian Broadcasting Corporation and the Australian Financial Review in September, might have given some in the Chinese elite leadership a temporary sense of satisfaction. The journalists working for American news outlets in China had been forced to leave in retaliation for the Trump administration’s demand that a number of Chinese journalists departed the US because they were believed to be state workers despite their protestations otherwise. The Australian cases were interpreted largely as an outcome of the deteriorating relations between Canberra and Beijing. Regardless of their longstanding complaints that foreign journalists only ever see the negative side of things, Xi Jinping and his colleagues may soon realise that the lack of physical interaction between China and the rest of the world — precipitated by COVID-19 and now compounded by these expulsions — will result in a dearth of good quality information about what is actually happening in China. This ultimately does not serve anyone’s interests — and particularly their own.

This is because the Chinese government — despite increasingly vocal criticisms from the rest of the world — does have some achievements that could potentially mitigate the unrelenting negatives that are currently levelled against it. Poverty alleviation, for instance, where many of the goals have been achieved this year, is one. Yes, there are plenty who dispute the data the Chinese government produced about this and take issue with some of the ways it has fulfilled its targets. And there are others who say that this achievement is down to the people, not the government. Even so, general increases in material living standards in China is something that only the most dogmatic would deny.

The same goes for the efforts to combat the coronavirus pandemic. Over this hangs a cloud: to what extent did China’s local and national leaders mess up the handling of the pandemic when it emerged late last year? The Chinese government has committed, at some unspecified point, to an international enquiry on this matter. Whatever might emerge from that, there should surely be widespread acknowledgement that the Chinese government contained the disease domestically far more effectively than governments in most of Europe and the US, despite the recent outbreak in Qingdao. Not a wholly good news story, for sure — but not a relentlessly terrible one either.

On returning their economy towards positive growth, Beijing also has a case to present. The collapse in GDP in the first quarter has now been replaced by stronger growth. In its October World Economic Outlook, the IMF raised its projection for China’s GDP growth in 2020 to 1.9 per cent, compared with its projections for ‘advanced economies’ of -5.8 per cent and for emerging and developing economies (excluding China) of -5.7 per cent. The fact that China’s growth is a source of export growth for other economies should also be considered as another plus. But that message is easily drowned out by the widespread anger and blame being levelled at China as Europe, America and others continue to struggle with the pandemic.

Finally, on continuing to at least recognise and attempt to do something about mitigating climate change and reducing emissions, Xi’s government also deserves credit. It is true it has continued to build coal power stations, but their UN announcement in September of capping carbon emissions by 2060 was important. If the world is going to address its sustainability issues, it is essential for the country most likely to be the largest economy in the next decade to play a major role. For China’s critics in this area, the simple question is which message they would prefer — a China that produces rhetoric and an array of policy incentives that support the combating of climate change, or one that denies there is a problem in the first place?

Due to the centralising, nationalistic, and increasingly assertive nature of Xi’s leadership, evident in the widespread repression of Uyghurs in Xinjiang, its policy towards Hong Kong, and rising aggression towards Taiwan, there are certainly many elements to the China story that raise legitimate concerns, and deserve to be challenged. However, the danger at present is that most of the positives listed above receive very little coverage outside of China — so that any sense of balance is lost. This is in part because of the pandemic itself, which has limited the movements of people in and out of China, and hence their ability to observe first-hand what is happening there. But another part of the explanation lies in the fact that journalists are not on the ground reporting. This is the direct result of government decisions taken in Beijing, which indicate that expelling journalists in response to American action and Australian attitudes was deemed to be a good idea.

If this remains the case, it is likely that the gap between foreign perceptions of China and reality will continue to widen. Some of us, of course, have contact with friends, colleagues, and our networks there, built up over the years. But for the vast majority of outside observers, they are only able to assess messages that come directly from the Chinese government — which are often dismissed as propaganda, no matter what the content – or hear second-, third- or fourth-hand accounts from sources that may be partisan due to the political views of those espousing them, and very often present information or reports that are not properly contextualised. Linking these messages to reality requires careful and discriminating interpretation, something that all but specialists are likely to lack much practice in.

Coming out of the pandemic, if these trends continue, it will make a bad situation worse. If there is a change of US President later this year, then one of their first moves should be to insist on restoring some of the free movement of people between both countries, including journalists, once it becomes safe to do so. In the same vein, for Europe and Australia, there needs to be a concerted effort to first of all ensure journalists and others continue to visit, live and work in each other’s country, and that information flows resume, and increase. The Chinese government may not like the way its story gets told sometimes. But it might come to appreciate that there is one thing worse than well-informed people pointing out your flaws — and that is dealing with people who know little about you, but with limited sources of information have a surfeit of negative opinions about you. An understanding of this point may well make Beijing welcome back its former irritants with open arms! 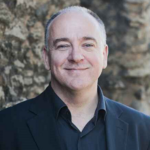 Kerry Brown is a Professor of Chinese Studies and Director of the Lau China Institute at King’s College London.