A decade ago it was common to hear that Australia’s economic relationship with China was all about ‘rocks and crops’. Then education and tourism were added to the list. Last year, China also became Australia’s number one collaborator in producing scientific research publications. The reality is that despite genuine differences at the political level and rancorous commentary, a mutually-beneficial economic relationship has continued to grow in both size and breadth.

Last year the total value of Australia’s goods and services exports to China reached $169.1 billion, a record high. This was 6.6 times that to the United States.

The latest trade data show China’s share of Australia’s total goods exports for the month of June jumping to an extraordinary 46.1 per cent.

Yet some commentators have played down the benefits of this trade relationship. In 2017, Simon Jackman, the Chief Executive Officer of the United States Studies Centre, wrote:  ‘Our trade with China is valuable on the balance sheet, but shouldn’t be equated with the nation-building legacy of decades of “here-to-stay” direct investment, with the United States providing the lion’s share. Nor should our exports to China — tilted heavily towards resources, agricultural products, undergraduate commerce degrees and inbound tourism — be equated with US-sourced investments in technology-rich sectors that continue to grow Australia’s stock of human capital and technological capacity’.

Leave aside that economics textbooks do not contain such a neat distinction between the benefits flowing from trade versus investment — both can boost income and productivity growth.

And while rocks, crops and undergraduate commerce degrees might loom large in the case of China, as Jeff Wilson from the PerthUSAsia Centre notes, Australia’s exports generally are “deep but narrow”. Australia’s export bundle to China is, in fact, more diverse than to other significant customers like India and Japan.

Another problem with such descriptions of the Australia-China economic relationship is that they are outdated.

A new report by researchers at the Australia-China Relations Institute shows that in 2019, a greater proportion of Australian scientific research publications involved a partner affiliated with a Chinese institution (16.2 per cent) than an American one (15.5 per cent).

The Australia-China science partnership questioned too

Yet just as with trade in goods and services, the worth of scientific research collaboration with China has been called into question.

Australian universities and institutions like the Commonwealth Scientific and Industrial Research Organisation (CSIRO) have been accused of engaging in activity that ‘supports China’s goals, not ours’, ‘surrendering’ the nation’s research capabilities, allowing Beijing to ‘steal’ intellectual property and facilitating ‘valuable information’ being passed on to Chinese intelligence agencies.

There’s no argument that appropriate due diligence needs to be undertaken to assess the appropriateness of specific research partners, Chinese or otherwise, as well as the national security and ethical implications of individual research projects.

But a bigger danger is missing the forest for the trees.

Criticism of collaboration with China is almost exclusively directed at the Science, Technology, Engineering and Mathematics (STEM) disciplines.

What is often not made plain however is that the scale of China’s knowledge creation in STEM disciplines vastly exceeds Australia’s. In fact, in 2019 Australia only managed to produce more peer-reviewed publications than China in five of 28 fields of inquiry — Arts and Humanities, Health Professions, Nursing, Psychology and Undefined.

Consider Materials Science, a field that was cited in a 2017 opinion piece published in the Sydney Morning Herald and given the headline: ‘Australian universities are helping China’s military surpass the United States’.

Banning or significantly restricting collaboration with China in Material Science would be cutting off our nose to spite our face.

Another fact: the evidence that Australian universities have been negligent in their China collaborations is slim.

The research activities they undertake are subject to Defence Trade Controls (DTCs) to protect against inappropriate leakages of technology. DTCs are overseen by the Department of Defence.

In October 2018, Greg Moriarty, Secretary of Defence, told a Senate Estimates committee that Defence had not identified a single instance of non-compliance involving universities or research organisations.

Certainly, allegations and insinuations have continued to flow but such repetition does not make them a reality. And several allegations have subsequently been proven demonstrably false.

The idea that the Australian government is asleep at the wheel with respect to managing the regulatory framework also struggles to stand up to scrutiny.

It was only in February last year that DTC’s were subject to an independent review by Dr Vivienne Thom, a former Inspector-General of Intelligence and Security, to ensure they remained fit for purpose. This did not support the “broad approach” calls found in some of the more hawkish submissions. Of the legislative gaps that were identified, the government accepted the review’s recommendations and has set about closing them in consultation with research institutions.

Further underlining a willingness to take risk management seriously, in 2019 universities worked collaboratively with the Australian government, including the security agencies, to devise best practice guidelines to counter foreign interference in the sector.

That the Australia-China economic relationship has continued to prosper despite the deterioration in political ties, and amidst plenty of rancorous commentary that is not always well supported by facts, is testament to the fundamental complementarities between the two countries, as well as the people-to-people ties that make seizing the opportunities possible. 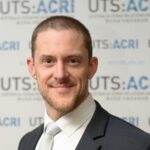 Professor James Laurenceson is Director of the Australia-China Relations Institute (ACRI) at UTS.