Mutually beneficial trade links may appear tempting to use as political leverage in theory, but there are a number of reasons why the reality of attempting to put theory into practice is more complicated. Recent events in the Australia-China context make for a salient case study of why this is the case.

Deep economic complementarities and purchasing power have made China Australia’s largest source of overseas demand. Over the last decade, Australia’s annual export value increased by a net gain of AUD$180 billion, with exports to China equalling 60 per cent of that.

Gaining influence alongside this growth in the flow of goods and services has been a logic that the size of Australia’s export exposure gives China outsized leverage for economic coercion. This logic, given form in Australian commentary and alluded to in Chinese state media, contends that restrictions on Australian exports to China by Beijing and the losses inflicted on the Australian economy as a consequence, are a ‘stick’ that can be employed to punish political positions considered unfavourable by the Chinese government.

As early as 2016, Peter Jennings, executive director of the Australian Strategic Policy Institute, warned that:

We’ve never had a greater dependency with any country…The risk that creates for us is if Beijing wants to adopt politically coercive policies, it’s in a fairly strong position to do so with us because of that level of trade dependence.

And more recently, a China Daily editorial seen as endorsing this logic suggested that:

Over the past seven months, this coercive logic has appeared to materialise. The Chinese government, as well as state-run media outlets, have hinted at or imposed trade restrictions on eight product categories, including:

Some of these and other product categories, including cotton, wheat and wool, are also reported to have been subjected to restrictions, but were not confirmed or alluded to by the Chinese government or state media.

The economic impacts caused by trade restrictions are not to be understated, nor is the hard work of exporters who have spent a long time ensuring their products are of the highest quality and have fostered ongoing and strong relationships with Chinese buyers.

The case of barley represents the harshest trade restriction imposed on Australia by China to date. An 80.5 per cent tariff on the $1.4 billion industry has made the product highly uncompetitive to Chinese buyers, whom in June 2019 had imported $19 million worth of Australian barley. In June 2020, the first month after China imposed the tariffs, the value collapsed to just over $1 million.

The Chinese Ministry of Foreign Affairs has since listed a number of Australian actions — including criticism of human rights issues in Xinjiang and Hong Kong, national security measures such as the restriction of Chinese vendors and foreign interference legislation, and calling for an independent inquiry into the COVID pandemic — as being responsible for eroding ‘momentum of cooperation between the two sides’.

Nonetheless, the Australian government has remained vocal, with Foreign Minister Marise Payne recently condemning the disqualification of four pro-democracy lawmakers in Hong Kong as an act that ‘undermines Hong Kong’s high degree of autonomy and rights and freedoms’.

So are the trade disruptions about to get worse? Perhaps, but there are several reasons why the outcome of attempting to convert a large trade exposure to political ends is not as straightforward as the coercive logic might suggest.

First, because trade is mutually beneficial, coercive restrictions necessarily cause economic losses to both Australia and China. Returning to the case of barley, Australian Bureau of Agricultural and Resources Economics modelling estimates the costs to China at many multiples higher than to Australia because of the difficulty of shifting to other suppliers. China’s reputation is also adversely affected among other trade partners.

Second, target economies can respond by mitigating risk at the micro and macro levels.

At the micro level, Australian exporters recognise trade barriers and increased risk premiums for Chinese market, which in turn increases their incentive to diversify towards other markets. Exporters can also mitigate risk by diversifying into product categories unaffected by restrictions.

In the case of barley, farmers successfully shifted to non-Chinese markets, considerably blunting the economic loss, or switched to planting different grains.

At the macro level, the prominence of coercive risks has prompted Australia to safeguard its sovereignty by hedging against them. For example, the Australian government has strengthened its relationships with Indo-Pacific partners — including through participation in Exercise Malabar 2020 — and its military capacity.

Third, a common argument is that a goal of China’s recent trade restrictions is to foment opposition to political positions the Chinese government finds unfavourable. Economic sanction theory adds that successful use of such measures ought to strengthen the political influence of these opposition groups.

But there is little evidence to suggest this is happening in Australia. On the contrary, repeated exposure to the prospect of Chinese trade restrictions appears to have induced a ‘rally round the flag’ effect among some of those ostensibly most likely to oppose the Australian government’s political positions on China.

For example, Fiona Simson, president of the National Farmers Federation (NFF), stated that the NFF would “support the Australian government…to ultimately resolve this worrying situation” rather than calling for a change to its policy positions. And Australian Industry Group chief executive, Innes Willox, has called for active defence of Australian products, saying that “when talks break down we need to rely on the independent umpire, the WTO”.

Further, domestic political pressure for the Australian government to adopt a more conciliatory approach to China has only waned, in tandem with a sharp deterioration in public opinion towards China in recent years.

Trade restrictions imposed by China to date have not yet inflicted the maximum possible damage. But this may not remain the case. Should trade disruptions intensify, the willingness of Australian businesses to refrain from lobbying the Australian government for policy change may erode. Yet it is also possible that ‘rally round the flag’ effects intensify instead, exacerbating the existing political impasse between Canberra and Beijing. Going forward, it remains unclear that the outcome of coercive economic diplomacy in practice will be as clear-cut as in theory. 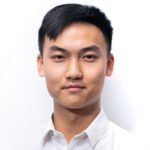 Michael Zhou is a Project and Research Officer at the Australia-China Relations Institute, University of Technology Sydney. Thomas Pantle is a Research Assistant at the Australia-China Relations Institute, University of Technology Sydney.