Despite much of the country still being under coronavirus restrictions, China has doubled down on its’ national roll-out of fifth-generation (5G) wireless connectivity, with central government direction to ‘forcefully advance 5G network construction’.  With economies around the world hobbled by the pandemic, China’s state-led drive to deploy 5G is stoking fears that next-generation telecommunications and the applications built upon it will be dominated by Chinese firms.

By the end of April, China’s three state-owned telecoms operators had awarded nearly $US10 billion worth of 5G equipment contracts.  These three operators are projected to collectively spend $US25.5 billion on 5G equipment over 2020, installing half a million base stations that will provide 5G coverage to every city in China.  So far nearly 90 per cent of contract value has gone to the Chinese firms Huawei and ZTE, with Sweden’s Ericsson receiving around 10% and Finland’s Nokia nothing to date.  Given Huawei’s extensive presence in European telecoms networks, this will fuel discontent over China’s reciprocity in affording market access to foreign firms.

Coronavirus-induced delays to 5G roll-outs in Europe have amplified concerns that China’s state-led drive to 5G connectivity will help Chinese firms capture the first-mover advantages that will likely follow in development of the technology and commercial applications.  Anger over China’s propaganda campaign concerning the pandemic has amplified growing wariness about Chinese companies’ presence in European economies.  Even in the UK, which in January green-lighted Huawei’s involvement in its’ 5G networks, the Foreign Secretary has warned that “we can’t have business as usual [with China] after this crisis”, while a Parliamentary caucus has been established to ‘promote fresh thinking’ about commercial engagement with Chinese interests.

Likewise citing China’s alleged cover-up of the pandemic’s origin as justification, the US government is now threatening to revoke operating licenses for Chinese telecoms firms, as it conducts a “bottom-up review of every single company that could be controlled by the communist regime” and whether they should be allowed to connect to US networks.  This darkening US regulatory environment is now retarding global telecoms infrastructure connections to China.

China’s imperatives for upgrading to 5G

In this context, China has redoubled efforts to leapfrog the US and Europe in the race to next-generation digital networks.  China was already committed to rapidly building-out next-generation information infrastructure and constructing an ‘internationally leading mobile telecommunications network’ by 2025.  Expanding US export controls on transfers to Chinese firms are driving the latter to accelerate development of alternative suppliers and indigenous capabilities, with Huawei now shipping large numbers of 5G base stations without US-origin technology.  The combined effect of US government-imposed restrictions and Chinese telecoms operators’ vast demand for first phase 5G deployment is re-shaping the supply chain for supporting technologies such as optical transmission components, with Huawei starting to supplement US suppliers with in-house capabilities.

These imperatives have been amplified by the global pandemic.  Rapid expansion of 5G services is aimed at enabling industrial automation to help Chinese enterprises cope with coronavirus restrictions, and at ‘unleashing new consumption potential to offset the epidemic’s [economic] impacts.’  Meanwhile, with export markets depressed and China’s domestic demand unable to fuel private sector expansion, state-led investment in new infrastructure will be needed to achieve even trimmed GDP growth targets likely to be announced at next month’s national ‘two sessions’.

Achievement by winter 2020 of nationwide first-phase 5G deployment and commencement of the second-phase build-out of full stand-alone services would showcase the dirigiste aspect of China’s economy, with state-owned firms driving procurement for base stations and construction of the infrastructure back-end, facilitated by cooperative provincial governments across the country.  Exploiting this infrastructure’s potential falls to Chinese private firms and their proven ability to quickly develop and scale out commercial use cases.

Such aggressive scaling underpinned the varying success of national economies in capturing value from 4G mobile networks, at the expense of foreign competition.  This will likely be even more true for 5G, as it enables transition to a world in which the Internet facilitates not just communication, but the thorough integration of digital technology with the physical world.  Chinese firms leading this transition could expand into foreign markets and lock foreign economies into technological ecosystems that amplify the already massive gravitational pull of China’s economy.

One potential game-changer are non-proprietary network architectures that open up the supplier field, with the recent launch of a virtualised 5G network by Japan’s Rakuten offering a potential model for multi-vendor solutions.  The international Open-RAN industry alliance has attracted digital sector leaders to support development of such open network architectures.  Elements within the Trump administration are coordinating with US corporate giants to ‘create an American soup-to-nuts infrastructure for 5G’, and a bill before the US Senate would commit over $1 billion towards promoting O-RAN and thereby “Western-based alternatives to… Huawei and ZTE.”  The recently announced ‘Open RAN Policy Coalition’, dominated by US companies and directed by an ex-Trump administration official, completes the picture of a US effort to establish viable alternatives to the proprietary network solutions upon which Huawei has built its’ market leadership.

Yet O-RAN remains shadowed by concerns about performance and scalability, with one senior US official calling it ‘pie in the sky’ next to China Inc.’s roll-out of established network technology.  Apart from the US no longer having the industry profile to dominate O-RAN development, the numbers associated with it pale next to the $20 billion Huawei will spend on R&D this year, or estimates that China will account for almost half the global 5G market over the next few years.  Promotion by Washington’s fiat of 5G solutions excluding Chinese firms is less likely to preserve US leadership in cellular telecommunications than to drive global market fragmentation.

This would jeopardise the economies of scale and transnational industry collaboration that has fostered the rapid development and global spread of cellular networks.  In a fragmented world, technological leadership would go increasingly to those fragments with greater size and dynamism.  And in a world of pandemic-depressed economies, this appears for the moment to be China’s game.

An earlier version of this article was published by The Diplomat on May 6, 2020. 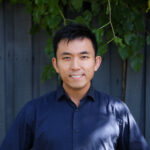