The growing tensions between Australia and China are often attributed to external factors. But Australia’s policy towards China is also an expression of the Liberal–National coalition government’s domestic politics. It is the connection between domestic and foreign affairs that provides the political ballast for the government’s China policy. In both, ‘national sovereignty’ is invoked to enhance and defend the power of the government while closing off debates over liberal democratic rights.

A clear instance of the growing power of the state over civil society under the rubric of defending national sovereignty from Chinese interference is the Foreign Influence Transparency Scheme Act 2018. A section deemed the ‘China clause’ compels individuals suspected of acting on the behalf of foreign governments for political or government influence to provide information to Australian authorities.

No such voices were raised when the homes and offices of New South Wales parliamentarian Shaoquett Moselmane of the Australian Labor Party and his part-time staffer John Zhang were raided by the Australian Federal Police and the Australian Security Intelligence Organisation (ASIO). The raids were depicted as ‘the most serious ASIO counter foreign interference operation since the Cold War’. Prime Minister Scott Morrison, in populist language, said, ‘We won’t cop anyone coming and seeking to interfere in our political system … We are a resilient people. We will stand up to it. And we will take action as what you’ve seen today demonstrates’.

Another example of the ‘China threat’ being used to enhance the federal government’s power is the stoush over the Victorian state government’s generic Belt and Road Initiative (BRI) agreement with China. Federal Minister for Home Affairs Peter Dutton described the BRI as ‘a propaganda initiative from China’ that brings an ‘enormous amount of foreign interference’. US Secretary of State Mike Pompeo warned that if the Victorian BRI agreement ever ventured into telecommunications, the United States would ‘simply disconnect’ from Australia.

To assert power over Victoria’s BRI agreement, the government presented in September the Australia’s Foreign Relations (State and Territory Arrangements) Bill 2020 to the federal parliament, despite its adverse effects on civil rights, federalism and university autonomy.

The Bill was referred to the Senate Foreign Affairs Committee for consultation. Following multiple submissions, the Committee held hearings on the legislation in October. Questioning in one session focused in on Beijing’s ‘predatory’ activities at both the state and local government levels and in universities. When George Williams, constitutional law expert and deputy vice-chancellor at the University of New South Wales, appeared before the Committee he argued the Bill was ‘not fit to be enacted’. Williams noted that the Bill gave extraordinary power to the minister of foreign affairs without procedural fairness.

The overreach of the Bill is exacerbated by the lack of clarity on key terms, leaving substantial discretion to the foreign minister. As Williams’ remarks, ‘foreign relations is not defined at all’ and ‘foreign policy’ is so ill-defined as to ‘include the concept “any things outside of Australia”.’ The legislation also requires Australian universities to seek government approval to cooperate with foreign universities that do not pass an ‘institutional autonomy’ test, but doesn’t specify what institutional autonomy means.

When university representatives appeared before the Committee, they also raised the issue of what institutional autonomy meant. The questioning made clear that the term is targeted at Chinese universities — the session’s chair, Senator Eric Abetz, pointedly asked the CEO of Universities Australia, Catriona Jackson, ‘If it’s so difficult, can you tell me whether the Chinese universities are institutionally autonomous from the Chinese Communist Party?’

The next day, when three Chinese Australian witnesses appeared before the Senate Committee as part of a series of public hearings to discuss issues facing diaspora communities in Australia, Abetz asked the three witnesses ‘whether they are willing to unconditionally condemn the Chinese Communist Party dictatorship?’ When this questioning went public and Abetz’s ‘loyalty test’ was criticised as being akin to racist McCarthyism, he defended his line of questioning, saying it had ‘everything to do with values’.

The now popularised perception of a China threat to national sovereignty has produced legislation giving power to the executive and security agencies while denuding civil rights and being defended as a necessary response to threats to sovereignty. While there is justifiable and widespread criticism of the Chinese government’s use of populist nationalism to infringe on the human rights of ethnic minorities, there is muted criticism when the China threat is used by the Australian government to diminish liberal democratic rights.

This article was originally published on the East Asia Forum. 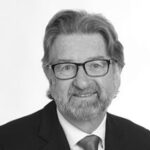 Greg McCarthy is Emeritus Professor at the School of Social Sciences, University of Western Australia.