As the world anxiously awaits the inauguration of President-Elect Joe Biden, one anticipates a return to normalcy from U.S. President Donald Trump’s foreign policy rollercoasters. Biden can—and should—help the U.S. move on to a China strategy that tailors to long-term multilateral interests while addressing human rights, geopolitical, and economic concerns. Whether his policy takes a hawkish or dovish turn, Biden will need to start with reversing some of Trump’s harmful legacies that have worsened U.S.-China relations without achieving clear goals. Some easy low-hanging fruits for Biden could include lifting journalist visa restrictions, reopening consulates, re-opening U.S’ doors to Chinese talent, and rejoining international organizations.

In May, the Department of Homeland Security imposed a 90-day limit on Chinese journalists’ visas. While the ban was intended to penalize Chinese state media outlets, the policy affected Chinese journalists working for European and Hong Kong outlets as well as independent Chinese media organizations not affiliated to the Chinese government. This also gave Beijing a convenient excuse to expel U.S. journalists in China, whom readers around the world had long relied upon for uncensored stories about China. Despite Beijing’s growing hostility toward the international press, some access is still better than none. In the meantime, the policy had much less impact on China’s overseas propaganda strategy as state-owned newspapers and broadcasters were allowed to continue their operations in the United States.

This was not only a poor foreign policy strategy; the demonization of Chinese journalists also amplified racist narratives in the U.S. In April, President Trump asked a Hong Kong correspondent if she worked for China; at another press conference, he told an Asian-American reporter to “ask China” in response to a question about the coronavirus.

Biden should work to reverse blanket restrictions on media visas and negotiate with Beijing to let U.S. journalists return to China. Instead of following Beijing’s playbook, the president-elect needs to uphold press freedom while addressing the specific activities of China’s state-controlled press that are problematic.

In what was perhaps the most alarming move in the diplomatic tit-for-tats between Washington and Beijing this year, the Trump administration abruptly closed the Chinese consulate in Houston, citing China’s theft of intellectual property. In response, China told U.S. diplomats in Chengdu to leave the country, closing the city’s U.S. consulate just a few days later.

Accusations of espionage are, of course, not new, and the U.S. government has every reason to counter Beijing’s efforts. Yet this hardly justifies the sudden closure of a Chinese consulate—an unnecessary move that escalated tensions and resolved almost nothing—and the forsaking of a U.S. mission responsible for, among other matters, monitoring the situation in Tibet. It might have been a symbolic move to further antagonize Beijing to boost Trump’s reelection prospects, but its consequences will be long lasting unless the consulates are reopened during the Biden years.

Reopening the consulates will require negotiations with Beijing, in which case both sides should show a willingness to prioritize key interests over creating hostilities.

A June presidential proclamation barred the entry of graduate-level students with ties to entities that “implement or support” Beijing’s “military-civil fusion strategy”—as I have argued elsewhere, while the ban intended to address national security concerns, its language was so broad that it could impact university graduates with no Chinese military ties.

The administration has also taken actions to raise the bar for H-1B skilled work visas, all the while insisting on the term “China Virus”—a disturbing narrative that has subjected Asians to racial intimidation and violence in the United States.

If the U.S. wants to compete strategically with China in technology frontier sectors, it should leverage its greatest strength—openness to immigrants, a value that Trump’s presidency has unfortunately undermined. Twenty-seven percent of America’s artificial intelligence researchers are immigrants from China, and it is in America’s strategic interest to keep them rather than forcing them to return to China.

The Biden administration should work to create favorable policies that welcome Chinese and other foreign workers. Fortunately, this is something that the president-elect already recognizes: he plans to remove the visa caps for recent PhD graduates in STEM fields and to offer permanent residency to foreign doctoral students upon their graduation. While most of Biden’s immigration plans will have to go through Congress, he should first and foremost start with revoking executive orders of the Trump era.

One overarching theme of Trump’s foreign policy has been unilateralism and disengagement from international organizations. Under his administration, the U.S. has either withdrawn from the Trans-Pacific Partnership (TPP), the Paris Accord, and the United Nations Human Rights Council. Amid the pandemic, Trump has also declared that the U.S. will withdraw from the World Health Organization.

With the growing absence of U.S. leadership, or even participation, in these organizations, China has been willing to fill the vacuum. Beijing was both elected to the United Nations Human Rights Council along with Moscow in October, thanks in part to Trump’s withdrawal in 2018. Washington’s departure from the TPP also weakened its involvement in the Asia-Pacific region. It may be difficult and costly to reverse some of the withdrawals, but the Biden administration needs to demonstrate its recommitment to international organizations and alliances.

Grievances with regard to Beijing have been voiced elsewhere, too, in Australia, India, Japan, and Europe. But Trump’s unilateralism and his frequent denunciation of U.S. allies have diminished their trust in America and abated Washington’s ability to collaborate with global partners on China. A united front will help to address common interests across areas such as trade and security. Biden needs to rebuild America’s leadership and multilateral trust, which many U.S. partners have been awaiting.

One does not have to be a panda hugger to admit that Trump’s current China policy—which is unpredictable, lacks clear messaging, and sometimes hinges on racism and Sinophobia—has deviated from America’s core strategic interests. To walk back from Trump’s China agenda isn’t to restore that of Barack Obama’s; rather, it is a pivot to diplomatic norms, international engagement, and commitment to America’s open values, all of which will help Washington better confront its China challenge. 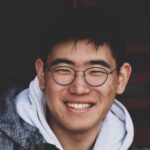