The Chinese Communist Party’s (CCP) legitimating narrative emphasises the party’s role as the guardian of China’s social stability. During the Xi Jinping era, the party’s successful management of harmonious ethnic politics comprises an increasingly large and crucial element of this narrative. The CCP’s rhetoric on ethnic politics stresses the unity and equality of all of China’s minzu (often translated in official documents as “nationalities”) as a result of the party’s leadership. However, observations of everyday interactions between the majority Han and minority Hui suggest pervasive separation and prejudice that undermines the CCP’s claims of ethnic togetherness and equity.

In the entrance foyer of the Nationalities Museum at the Minzu University in Beijing, a giant wall-sized tapestry (pictured below) depicts members of all of China’s 56 minzu happily standing together, dressed in their vibrant traditional costumes. A member of the Han nationality stands at the center of the joyous scene. The picture suggests unity and tolerance between the majority Han and China’s ethnic minorities, and delivers a critical political message for the CCP As the centerpiece of the museum, the tapestry illustrates the rhetorical importance that the Chinese party-state places on maintaining ethnic unity.

Rosy depictions of ethnic relations have been a staple of the CCP’s rhetoric since the Mao era. However, the Xi administration has shown increasing concern for the management of ethnic politics as a part of the party’s legitimation strategy. Xi’s adjustments to ethnic politics, such as tasking the powerful United Front Work Department with supervising ethnic policymaking, reflect the elevated importance of ethnic politics in CCP governance strategies. In particular, maintaining a narrative of peaceful, harmonious ethnic relations is crucial to the success of the party’s self-presentation as protector of stability.

The daily realities of inter-ethnic relations, however, present a far less idyllic picture of the regime’s conduct of ethnic politics. Unlike the charming scene woven on to the tapestry, daily instances of prejudice and tension between Han and minorities expose cracks in narratives of ethnic harmony. Interactions between Han and ethnic minority Hui (often referred to as Chinese Muslims) demonstrate the importance of ethnic politics and highlights how the gaps between rhetoric and reality threaten to undermine the CCP’s legitimating narrative.

Since the start of the Xi era, the CCP has largely staked its claims to legitimacy on its role as the guardian of social stability, and its ability to preserve the conditions necessary for prosperity and domestic tranquility. Increasingly, the CCP views successful management of ethnic politics as crucial to the success of these stability-based claims.

The CCP’s narratives surrounding ethnic politics emphasise its role in fostering harmony and equality for all of China’s minzu. This rhetoric paints the picture of ethnic minorities belonging to a large, colorful, diverse family of peoples, encompassed by the term Zhonghua Minzu (usually translated as “Chinese nationalities” and used to impute common historical, cultural, linguistic and occasionally even biological heritage for all of China’s recognized minzu).

Such rosy depictions of interethnic relations are by no means a recent development. Under Jiang Zemin, the party-state’s rhetoric emphasised the so-called “three inseparable ties,” (known as the san ge libukai) a mantra-like phrase stating: “The Han are inseparable from minorities. Minorities are inseparable from the Han. All minzu are mutually inseparable.”

Further, the CCP places heavy emphasis on ethnic unity. Slogans in minority neighborhoods throughout China urge citizens to promote the cause of ethnic unity (minzu tuanjie). “Strengthen ethnic unity, and progress societal harmony!” declared one billboard in the Hui Quarter of Xining in 2016. Another declared “All minzu struggle together for ethnic unity and work together for prosperous development!”

In the wake of the 2014 Kunming train station attacks, in which eight Uyghurs killed 31 people, the regime’s concerns for proper conduct of ethnic politics grew more acute. In 2014, Xi introduced a new metaphor for ethnic politics, stating that all of China’s minzu should be closely joined together “like the seeds of a pomegranate.” The party’s messaging after the Kunming attack has heavily focused on integration of ethnic minorities, and the centrality of each minzu’s belonging to the larger Chinese nation.

Moreover, there were calls for all citizens to remain vigilant against the so-called “three evil forces” of extremism, terrorism, and separatism that might undermine the harmony of Zhonghua minzu. These warnings loom especially large in communities of Muslim minorities, like the Hui. For example, at a mosque I visited in Xining during summer 2014, a bold red banner hanging in the courtyard declared “Don’t let terrorism destroy ethnic unity and social stability!”

However, pervasive social segregation and daily experiences of prejudice and discrimination reported by ethnic minorities present a jarring contrast with the CCP’s portrait of harmonious interethnic relations. In many senses, relationships between the Han and ethnic minorities produce shallow and superficial understandings that perpetuate stereotypes, compound cultural misunderstandings and, occasionally, breed resentment.

During my fieldwork in 2015-2016, Hui respondents pointed out various kinds of tensions spawned from their interactions with Han. Such incidences range from relatively mundane micro-aggressions such as failing to accommodate Hui friends’ prohibition from eating pork, to more willful expressions of bigotry, such as hurling Islamophobic slurs at Hui or vandalising Hui property. All such incidents reinforced a sense of distance between Hui and Han that sometimes festered into antipathy and mistrust.

Some interactions reflected Han ignorance of Hui lifestyles. A Hui man working at the Hui Culture Park, a tourist attraction in Ningxia, reported that Han tourists frequently asked if Hui people abstained from pork because pigs were the Huis’ ancestors. A Hui respondent in Jinan complained that Han obliviousness regarding Muslim dietary prohibitions made it difficult to share meals with Han friends who always attempted to order pork.

Other exchanges evidenced more deliberate and mean-spirited ‘othering’ by Han. A Hui man in Xining recalled that during childhood, Han classmates frequently taunted him by calling him a “Hui Pig.” A Hui woman in Jinan recalled that school classmates in her youth often teased her by taping signs that read “pig” on her back when she was not looking. In the Hui-majority Laozhai village outside of Jinan, a respondent pointed out that the anti-Muslim slur “God is a drug” had been scrawled in crude characters on the walls of a Hui home.

Meanwhile, Han respondents described Hui people as haughtily flouting privileges bestowed upon them by China’s preferential policies for ethnic minorities. A Han man from Yantai suggested that many Han resented the Hui because they received government benefits, like exemption from the One Child Policy. A Han woman in Jinan claimed that she viewed the Hui as “arrogant” due to the way they boasted of their special designation as minorities.

Separation between Han and Hui deepens the potential for conflict by reducing each group to caricature. One Han woman in Jinan claimed she, and other Han, usually avoided the city’s Hui Quarter. Among the reasons she gave for her avoidance, she mentioned that the smell of mutton and beef made her feel physically ill. Another said the Hui Quarter made her feel unsafe because the Hui might gang up on the Han and start fights. A lack of substantive contact between the groups causes the other to exist only in stereotype and perpetuates feelings of suspicion.

These incidents expose cracks in the CCP’s narrative of ethnic unity and shared prosperity made possible by the party’s leadership. Though the CCP provides minority representation and nominal autonomy in designated minority regions, and in the past has used preferential policy measures to extend limited government subsidies, and benefits in housing, education, and childbirth, such measures have done little to narrow income inequality between the Han and minorities, or eliminate instances of discrimination faced by minorities. These persistent instances of daily prejudice experienced by the Hui and other minorities undermine the CCP’s portrayal of harmonious ethnic relations and threaten to exacerbate resentments.

Moreover, recent crackdowns on Muslim communities alter these dynamic. While the CCP has not enacted the same level of surveillance and repression–including detainment of as many as one million  in concentration camps— in Hui communities that it has utilised suppressing Uyghurs, restrictions on religious expression have expanded in Hui communities. Memos and internal documents suggest the CCP views Islam itself as threatening. As the regime intensifies scrutiny of the Hui, and other Muslim minorities through campaigns of mosque demolition and Sinicization of signs and buildings, and implements further restrictions on public expression of faith, it may only exacerbate the feelings of resentment and mistrust emerging from lived experience. Indeed, a widening gulf between the regime’s narrative and the realities of daily life may only serve to highlight the hollowness of the CCP’s promises of harmonious ethnic relations.

For more on this topic, see David’s recent article, Han–Hui Relations and Chinese Regime Legitimation in the Xi Jinping Era: “God is a Drug,” published in Asian Survey. 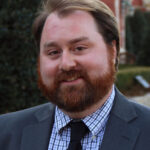 David Stroup is a lecturer of Chinese Politics at University of Manchester. His research focuses on authoritarian ethnic politics, and Hui communities.