In a year that has been harrowing in so many ways, these last few weeks have been particularly unpleasant for many of us involved in the increasingly ugly and fractious “China debates”. Well before Senator Abetz’s alarming inquisition into the loyalties of three Chinese-Australians, I had been reflecting on my own part in these debates, and on the role of the Australian Centre on China in the World (CIW) and the China Story Project as well. This is my attempt to articulate some of those reflections in writing.

As the hub for China Studies at the ANU, CIW aims to foster cross-campus, national and international research collaborations that promote greater understanding of the Chinese world — the People’s Republic of China, Taiwan and the global Chinese diaspora. The Centre also aims to raise international levels of ‘China literacy’, by sharing the diversity and wealth of China-related scholarship at the ANU with the broader public, and contributing to important debates surrounding China’s role in a complex world.

The China Story Project — comprising the China Story Yearbook and the China Story Blog — is the most prominent (though by no means the only) aspect of our community engagement. I have contributed a chapter to the China Story Yearbook since it was first initiated by CIW Founding Director Geremie Barmé in 2013, and have been one of its co-editors for the last four years. As we state clearly in each book, our ongoing reference to ‘The China Story’ 中国的故事 emphasises the principle that China’s Story is not just the official story portrayed by the Chinese Communist Party, but should also be seen from the diverse perspectives of the multitude of others who are dedicated to understanding the complexities of China through its language, culture, politics, economics, society and, most importantly, its people. The China Story Blog is based on the same fundamental principle.

Given this context, I find it baffling that CIW, the China Story, and each of its individual editors have all been subjected to abuse and accusations that are unreasonable and/or untrue, mostly on Twitter, but now in the Australian Parliament as well.

In one of my own unpleasant Twitter encounters, I was described by a high-profile individual with a very large following as being “notorious for appeasing the Chinese Communist Party (CCP) at any price.” There are a few things I might be notorious for among family and friends, but saying things to appease a foreign government (or indeed anyone) isn’t one of them! CIW is frequently charged with being funded by the CCP, which we clearly are not, and “toeing the Party line”— we do not, as the Yearbook and Blog, both blocked in China, attest.

Amid these ongoing unpleasantries, I continue to search for — and find — silver linings. Many of these seem to connect me back to my high school motto: Strength, Integrity, Knowledge.

I have learned strength from my ANU colleagues, including this Blog’s co-editor Yun Jiang, who told me on the day after the Senate Inquiry that she was doing ok, because she had come to expect such behaviour and had developed resilience to it. I am ashamed that she has suffered this way in the country we both call home, but her comment also made me stronger, and more determined to change what I can. I have also found strength from the kindness so many people have shown towards me when my own “Twitter abuse” has peaked. I am truly grateful for that, and trust that others have been shown similar kindness.

I now focus more than ever before on having integrity in all the work that I do, pursuing my research, teaching and engagement with an open mind, acknowledging my own biases, and taking on board new ideas that contradict what I thought I knew to be true. As an academic, I will continue to pursue the (subjective) “truth”, and I know many others who do the same. Their ability to engage respectfully in contentious debates — and to shift their positions too — gives me strength as well.

Above all else, it is knowledge that matters most of all. In a piece published on the ABC’s news website last week (and re-posted on this Blog as well), Professor Wanning Sun from the University of Technology Sydney refers to an old Chinese saying: “When a scholar meets a soldier, the scholar with an argument to make doesn’t stand a chance”. She goes on to describe her reticence towards engaging in the Senate Inquiry fearing that her “Chinese background would trump [her] scholarly credentials”, that is, that her knowledge is not valued. It is — now more than ever before.

The China Story Project provides a platform where “the scholar” (and others) do stand a chance — to share their knowledge with the broader community. To this end, I see the diversity of those we publish, in terms of their disciplinary backgrounds, research interests, nationalities, ethnicities, personal experiences, and ways of characterising and explaining the world around us, as one of the Project’s greatest strengths. I don’t agree with everything published on these pages, but I learn from each and every piece, and I thank all the contributors so far for that. I also hope to learn more — and have my mind changed — by stories that are yet to come.

And as for CIW, the same point holds: with an on-campus community of 76 academic and 35 PhD student members (and an extensive global research network beyond that), our diversity is our greatest strength. CIW does not “toe the Party line” nor any other line in fostering this extraordinary research capacity – the largest concentration of China scholars in any one university outside of mainland China itself. Instead, we uphold academic freedom for all, posing no conditions on individual research pursuits, other than that they be conducted with integrity and respect, in pursuit of truth and knowledge. 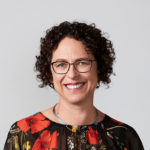