“Mediation” (renmin tiaojie 人民调解) — is experiencing a stunning revival in China. Drawing on Confucian and socialist practices of justice, mediation is a way for Chinese authorities to manage social change and quell dissent. In contemporary China, civil dissent is not only quenched through state coercion but can also be ushered off the political stage by systematically denying that the social or economic concerns expressed by groups such as women or ethnic minorities are valid.

Recent reports have highlighted how China weaponizes big data to target ethnic minorities or actively monitors and blocks content on social media platforms. Yet, digital surveillance is only one element of an increasingly repressive Chinese state apparatus, which aspires to fully “harmonise” (hexiehua 和谐化) society by eradicating citizens’ expression of dissent.

In rural China, the extrajudicial and voluntary conciliation of disagreement by a qualified third party constitutes an enduring institution amidst political change. But after almost two decades of steady decline in favour of court litigation, the Chinese government is now heavily investing in the professionalization of mediators, and in enforcing prerequisite mediation across many issues, from labour to administrative disputes.

Mediators are contributing to “social harmony” by innovating the conflict resolution techniques that encourage agreement and discourage litigations. My ongoing fieldwork among mediators in Yunnan demonstrates their effort to re-orient the political sensibilities of disputants away from socially progressive views and towards a more hierarchical and conservative social order.

Mediation has a long and praiseworthy history in China. For example, the ancient Confucian thoughts prefer social harmony and conflict-aversion, and under Mao, dispute resolution channelled and energized class conflict. Under Xi Jinping’s rule, the Communist Party is revitalizing and redefining the legacies of the Maoist and Confucian traditions in the belief that this mediation practice will enhance its ability to govern and improve its moral authority.

Mediation also panders to bureaucratic anxieties about the sustainability of continuous state surveillance. It eases the mounting governmental frustration with judicial litigation, including the legal system’s expenditures arising from expanded access. At the same time, mediation provides disgruntled citizens with a venue of redress, which acts as the first line of defence (diyidao fangxian 第一道防线) against increasingly organized and innovative forms of grassroots dissent. This can prevent social conflicts and mass incidents. Thus, dispute mediation is usually conceived as a form of “governing at a distance”, one among a set of mechanisms that allegedly contributes to maintaining stability.

State legitimacy in China is currently tested by the changing identities and emerging social roles in the country, from a resurging feminist politics, to language sovereignty, and the transformation of the traditional family. Importantly, the claims these emergent roles bring to mediation include questions such as who should own management rights or occupy key political roles.

In China, as with other countries, transitioning to an economy capable of innovation (chuangxinxing shehui 创新型社会) means citizens will increasingly rely on the legal system to defend their economic interests. However, the state sees a culture of litigation as having a negative effect on the moral force of “customs” (xiguanfa 习惯法). This once-powerful moral glue of society appears no longer able to elicit mutual agreement. Social change has arguably destabilized ordinary village mores and local notions of fairness. Increasingly people see justice as state-enabled rather than morally prescribed.

Between 2011 and 2017, I conducted two years of ethnographic fieldwork alongside a number of dispute mediators in Yunnan. There, I explored what the ongoing integration of the Yunnanese rural economy in the global agricultural sector means for local disputes on access to water, land, and labour. Disputes mediation has been welcomed in the past, including by myself, as a mechanism granting some security and justice for poor peasant families and minority communities. But my more recent work in disputes archives and with dispute clients and mediators demonstrates a shift in the political motivations for favouring mediation over litigation.

The Chinese legal framework aims to maintain social harmony, including through the protection of the interests of the weakest. But my ethnographic work suggests that this preoccupation is now leaving a central stage, displaced by a campaign against the pluralisation of values and views in rural society, including those brought forward by emerging social roles, such as female village leaders or minority entrepreneurs. Tellingly, the disputes surveyed in my recent article demonstrates that Civil Affairs officials and dispute mediators increasingly see the principles of rightful economic and political conduct brought forward by minority entrepreneurs and women village leaders as invalid. Instead, village mediators systematically back up the interests expressed by the opposing parties, usually male village elders or Han household heads who may not welcome economic or political change initiated by socially weaker parties. Dispute resolution thus became a forum for the entrenchment of a Party-backed worldview, one rooted in patriarchal authority and Han ethnonationalism.

Prerequisite mediation is normalising social conservative worldviews. Chinese authorities use mediation to combat dissent by limiting the type of claims considered to be valid in dispute setting.

Therefore, “harmonisation” can be achieved with methods other than technologically enhanced surveillance, censorship, and the threat of violence. Invalidating and subordinating the legitimate demands of those with new, emerging social roles by reinforcing social hierarchy is highly relevant. 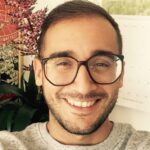 Andrea E. Pia is Assistant Professor in Anthropology at the London School of Economics.