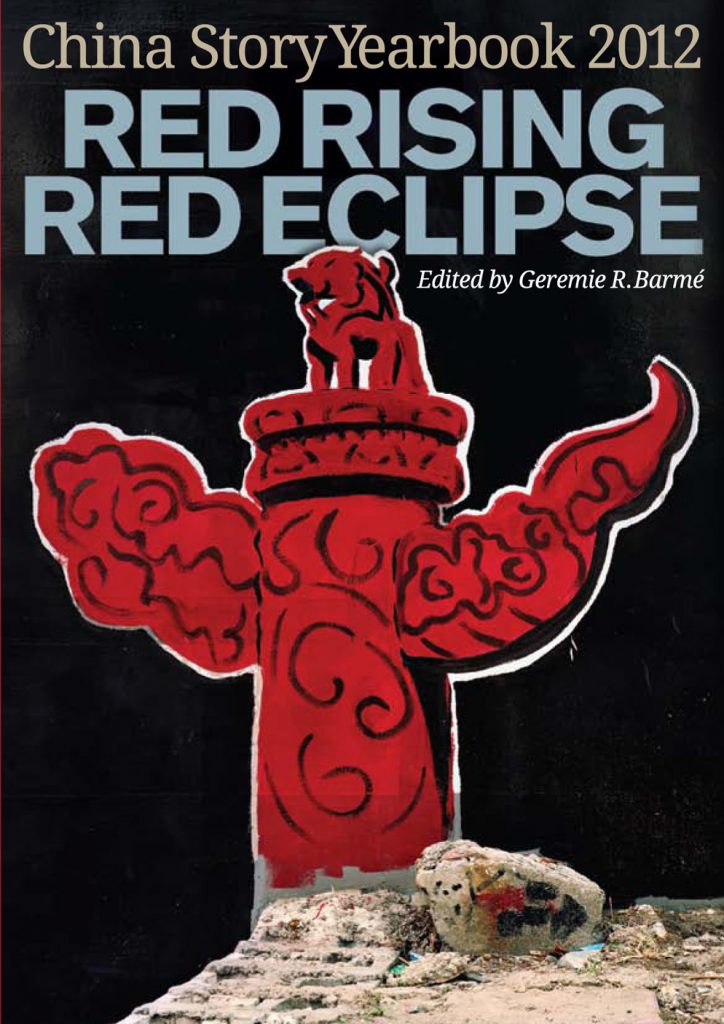 The cover of China Story Yearbook 2012 features a photograph by Lois Conner of a huabiao painted on a Beijing wall.

Huabiao 华表 are sculpted marble pillars. Such pillars are entwined by a carved dragon, pierced by a decorative wing-like cloud and topped by a crouching animal. They traditionally feature at entrances to palace buildings, imperial ancestral temples and along processional paths. The stylized cloud represents what in ancient times was called the Board of Criticism and Protest, or the ‘wood of direct speech’ (feibang zhi mu 诽谤之木). These boards were affixed to pillars situated outside the palace or court so that common people could write complaints about their rulers on them. Subsequently, even in their highly abstracted form, the pillars were supposed to symbolize the right of the people to speak out against official injustice and to demand conscientious government. Tiananmen Gate in central Beijing is flanked by huabiao.

Cover: Huabiao on a Beijing wall

Chapter 3: The Ideology of Law and Order

Chapter 6: Searching for a Sage Today

Anxieties in Tibet and Xinjiang

Chapter 7: Behind The Great Firewall

Chapter 8: Voices from the Blogosphere I

From Victory to Victory

Chapter 9: Voices from the Blogosphere II